Qasim: Cant do much from outside, can only achieve goals by attaining power 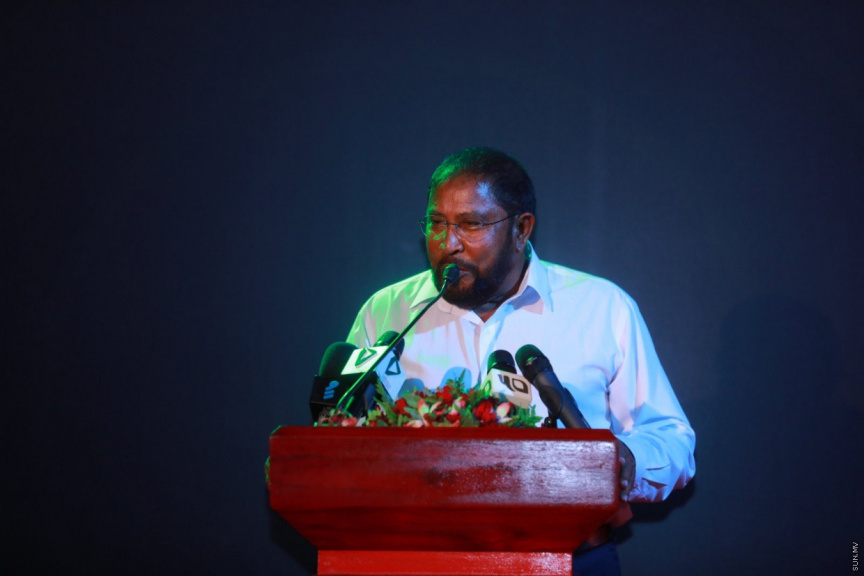 The leader of the Jumhoree Party (JP) and the Parliament representative for Maamigili said on Tuesday that there was not much that can be done from the “outside” and that hopes can be made into reality by gaining power through independence.

He made the comments while speaking at a gathering held at the main hub of the party M. Kunooz.

Moreover, he said that Jumhooree Party will not be left out in the upcoming Presidential elections and that when power he gained, he would work towards doing things in the way that people want.

“The people will believe there is not much we can do right now by hitting from ‘outside of the net’.”

Additionally, he reiterated that a JP candidate will be contesting in the Presidential elections. However, he said that whether the candidate will be solely representing JP or the coalition will be decided by congress.

“IN the most recent meeting we held, it was decided that a presidential candidate will emerge from JP.”

"Fight with utmost sincerity in dispute with Mauritius"

'Tried to link both Komandoos, but did not get permit'