Chief Judge: Did not permit rebroadcasting of Yameen’s trial, instructing those doing so to stop 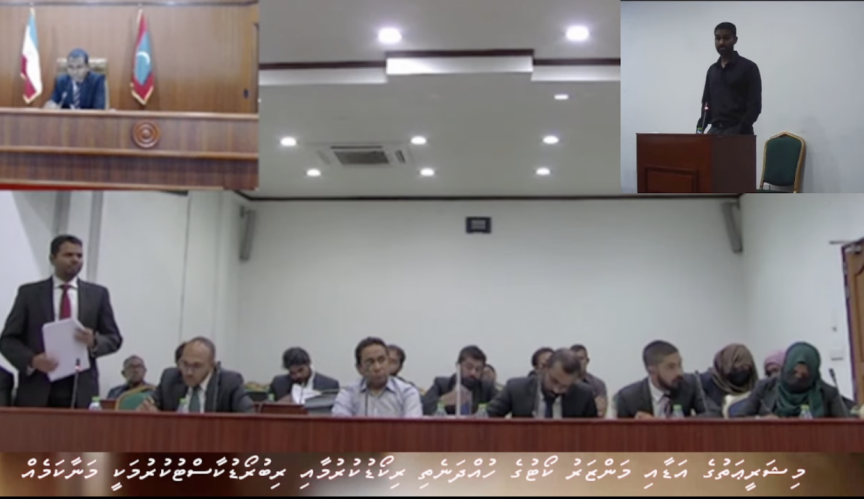 A screengrab from Criminal Court's livestream of money laundering case against opposition leader, former President Abdulla Yameen Abdul Gayoom in connection to the sale of V. Aarah for resort development.

Criminal Court, on Thursday, has stated that no party has been permitted to rebroadcast the hearings held in the trial of the money laundering case against opposition leader, former President Abdulla Yameen Abdul Gayoom in connection to the sale of V. Aarah for resort development – instructing those doing so to stop.

Two witness produced by the prosecution gave their testimonies on Thursday’s hearing.

As cross-examination of the first witness proceeded – Judge Shakeel announced the Court having taken note of rebroadcasting of the hearing by some parties.

“We note that this is a hearing being livestreamed on this Court’s Youtube channel – which no other party has been permitted to rebroadcast. Nevertheless, it has been brought to our attention that some parties are doing so. Therewith, we request them not to,” he had said.

Mother gets 17 years in jail for daughter’s murder