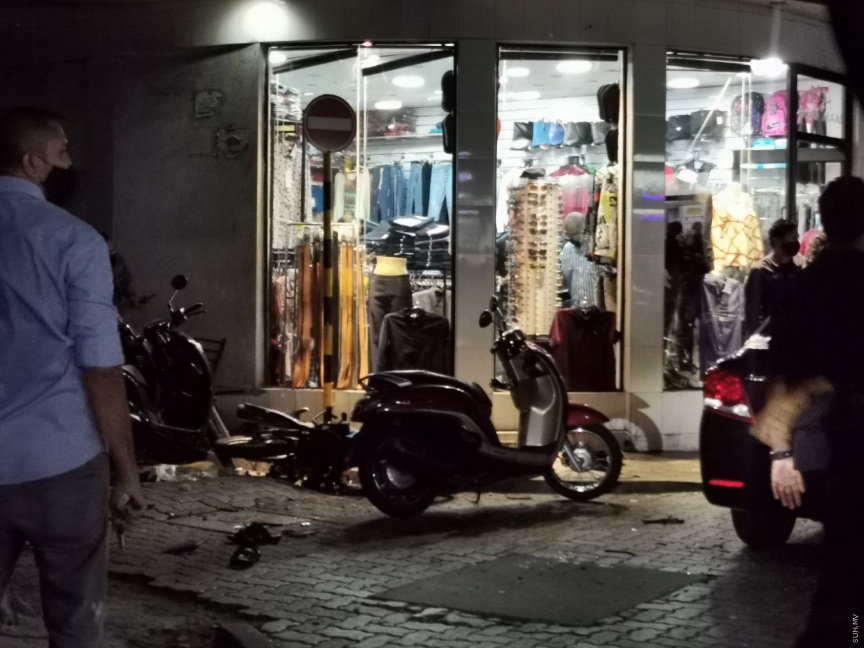 Motorcycle used in an IED attack outside the residence of Parliament Speaker, former President Mohamed Nasheed lays damaged after the explosion on May 6, 2021. (Sun Photo/Fayaz Moosa)

Maldivian Democratic Party (MDP) issued a statement expressing concern on Monday, after one of the judges on the bench overseeing the trials of the men charged in connection to the IED attack targeting the party’s leader and Parliament speaker, former president Mohamed Nasheed last year, recused himself as he had previously been threatened by the son of one of the defendants.

The case has produced only one conviction, with ten more men currently on trial.

The presiding judge in the case, Judge Adam Mohamed had recused himself after the court received a letter from one of the defendants; Is’haq, M. Kudhehige, K. Male’.

Is’haq wrote in his letter that his son had threatened Judge Adam when he had been in charge of the murder trial of blogger Yameen Rasheed earlier this year. One of his son’s uncles - Hassan Shifaz – had been a defendant in the case. Both Shifaz and Is’haq share the same address.

He announced his decision to recuse himself from the case during a hearing on Sunday.

In a statement on Monday, MDP said that while the decision of the judge had been an important decision taken to ensure a fair trial, the party found having the hearings conclude without interruption to be of far greater importance.

“Otherwise, there is room under the current circumstances for more attempts to intimidate prosecutors and witnesses in this case, from the defendant Is’haq’s son or other parties,” said MDP.

The main ruling party said it also condemned the fact that Is’haq’s son remained free, and was employed at STELCO – a state-owned enterprise.

MDP said that Ishaq’s son should either be charged as soon as possible, or made to wear an electronic tag and monitored by authorities.

“This party therefore asks that the Criminal Court appoint a bench to hear this case as soon as possible, and hold regular hearings. And given that it has been over six months to this case of intimidation, this party wishes for law enforcement agencies to investigate this case with care, and file for charges. Or for the person who committed this act to be tagged and monitored,” said MDP.