Abdul Ghafoor to replace Thilmeeza as ambassador to the US 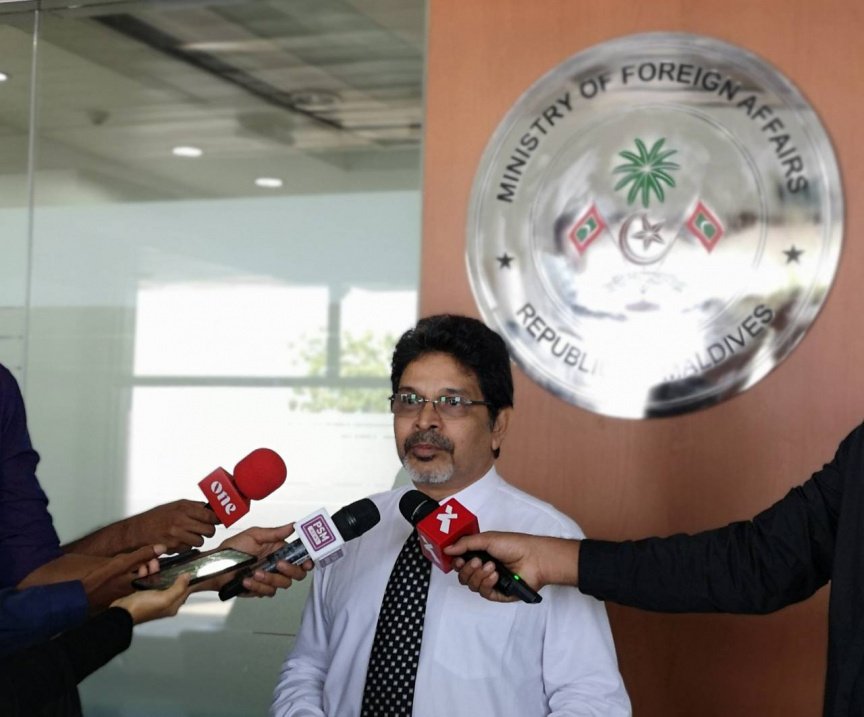 Then-Foreign Secretary Abdul Ghafoor Mohamed at the opening of the temporary biometric clinic for Germany-Schengen Visa in Male' City on January 27, 2019. (Photo/Ministry of Foreign Affairs)

Ghafoor graduated from the University of Tasmania, Australia, in 1984 with a B.A(Hons.) in Political Science, and was awarded an M.A in International Relations from the Fletcher School of Law and Diplomacy, Tufts University, USA in 1988.

Ghafoor began his career in the Maldivian foreign service in 1983. He has served as Deputy High Commissioner to Sri Lanka, Deputy High Commissioner to Malaysia, Permanent Representative of the Maldives to the United Nations offices in Geneva, Permanent Representative of Maldives to the World Trade Organization.

He also has prior experience as Ambassador to the US and Non-Resident High Commissioner to Canada.

President Solih has nominated him to replace Thilmeeza, who made history by becoming the first female Maldivian ambassador to be appointed to the US with her appointment on April 18, 2019.

The requests for parliamentary approval for the appointments have been sent to the Parliament’s Foreign Relations Committee for review.