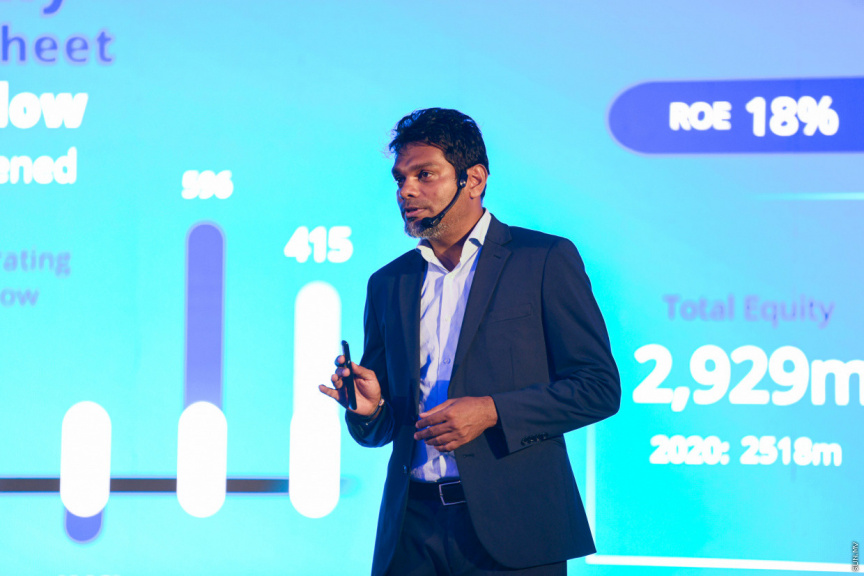 Amr made the remark while speaking to shareholders at STO’s Annual General Meeting held at CROSSROADS Maldives on Monday evening.

Amr said that a digital bank would revolutionize the banking sector, and would be beneficial to private businesses.

“Development of the banking sector will boost local businesses,” he said.

Amr said that the digital banking sector was a new and developing sector in the world, and STO wanted to enter the sector as soon as possible.

“We want, given that this is a developing industry in the world, to be one of the first to enter this industry. If we manage this, we will be able to provide this service in other countries,” he said.

Amr said that digital banking requires no major infrastructure and can be an additional source of foreign currency for the Maldivian economy, other than tourism and fisheries.

“We want to make digital banking an industry that can inject foreign currency into Maldives,” he said.

STO had applied for a digital banking license in September last year. However, the application was rejected.

STO to reapply for digital banking license in late 2022