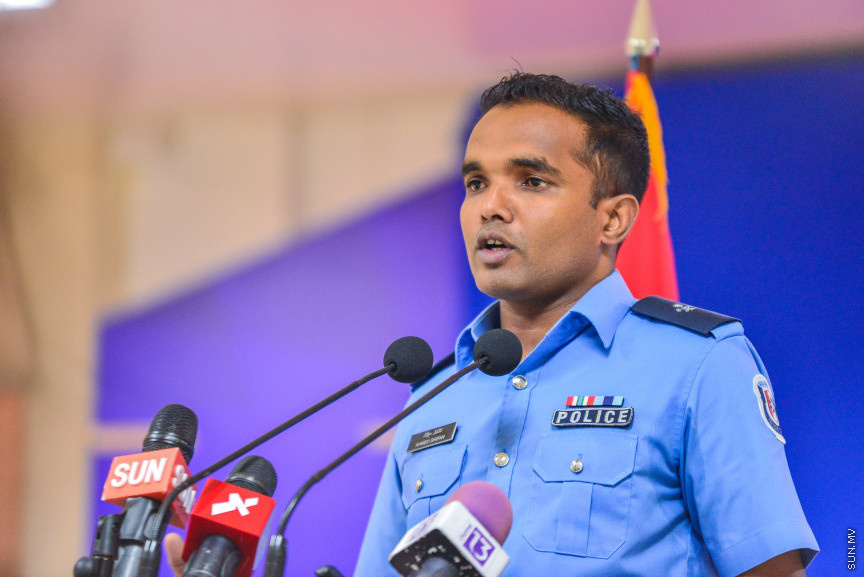 Spokesperson of the Maldives Police Service, Superintendent, Ahmed Shifan at the police press conference on 8 May 2018. (Sun Photo/Fayaz Moosa)

Maldives Police Service on Tuesday announced the appointment of Chief Superintend of Police Ahmed Shifan as the Head of the National College of Policing and Law Enforcement.

Prior to this, Shifan was filling the role of Head of Male’ Area 1 (Male’ City Police).

The appointment was made as part of changes brought to some posts within the Police.

In addition to this, Superintendent of Police Hussain Sameer who was previously filling the role of Head of Specialist Technical Response was appointed to Head of Male’ Area 1 (Male’ City Police).

Meanwhile, the Head of the High Visibility Policing Unit,0 Chief Inspector of Police Mohamed Sabah was newly appointed as Head of the Center for Applied Policing.