Ministry: Police flats will not be done by September 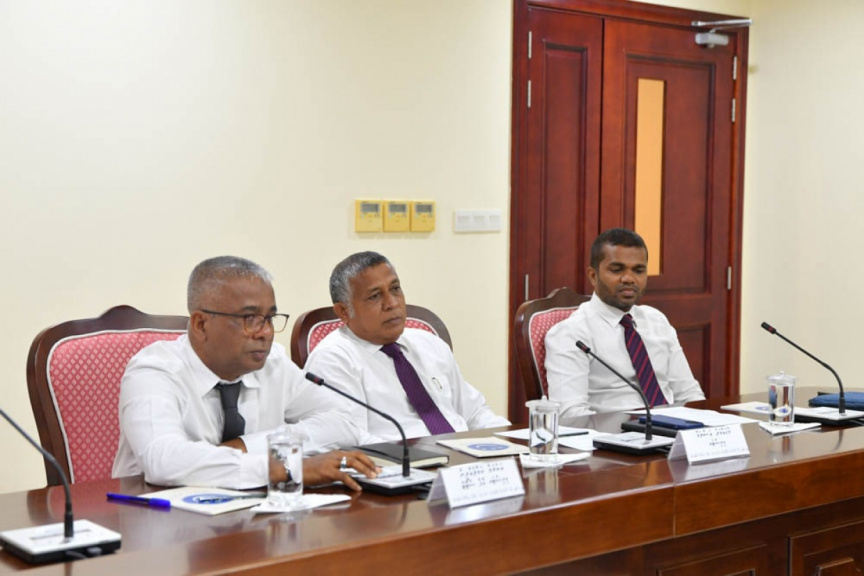 Housing Ministry states that the housing units under development for police in suburban Hulhumale’ will not be complete in September, as scheduled.

Parliament’s State-owned Enterprises Committee met with ministry officials over the delay in completion of police and MNDF flats on Tuesday.

At the meeting, Housing Minister Mohamed Aslam said that the ministry had taken over the police flats project from Police Corporative Society (POLCO), and contracted the project to AMIN Construction for MVR 250 million in December last year.

Aslam said that under the terms of the contract, AMIN Construction was required to complete by September this year.

State Minister for Housing Akram Kamaluddin said the project had previously been a “mess”.

Akram said the project also involved a subcontractor tasked with networking and other related work. He said that the work was getting delayed, and that as things currently stood, the flats may not be complete by September.

He said that it was likely it would take two more months to complete the project.

Akram said the ministry was pushing the contractor and subcontractor to complete the project as soon as possible.

The project had been contracted to POLCO back in 2012.

Over 8K forms filed for land, flats to Male' residents

'Ameenee Magu taken because PPM council won't do it'

Over 3K forms filed for land, flats for Male' residents

50 housing units to be build in Ga.Villingili

40-year-old Huravee Building to give way to park