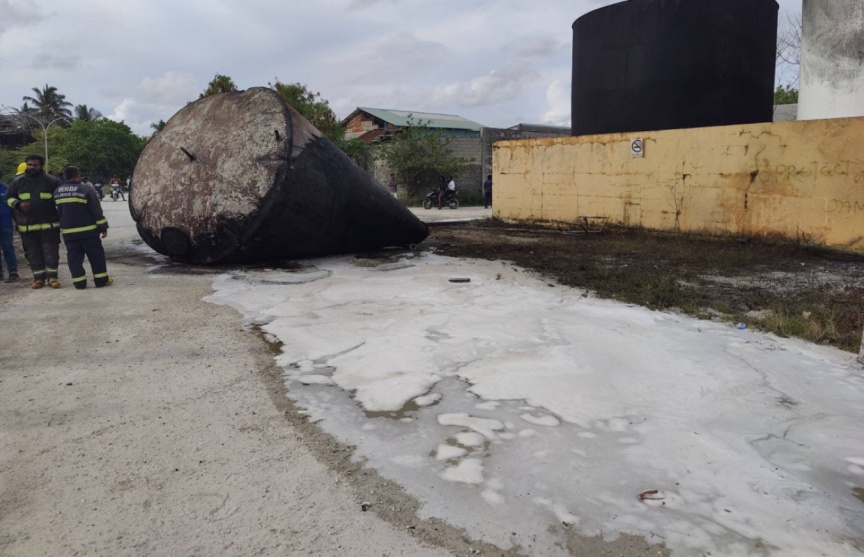 The fuel tank that caught fire in Fuvahmulah. (Photo by a reader)

A man is undergoing treatment for serious burns sustained during a fire incident where an empty fuel tank caught fire in Fuvahmulah on Monday.

Speaking about this, a media official from Maldives National Defence Force (MNDF) revealed to Sun that the incident occurred while doing some work using a gas cutter.

MNDF also revaled that the man injured in the incident was the one doing the work, and was a Bangladeshi national.

Manager of Fuvahmulah Hospital Mohamed Lirar said to Sun that two people were undergoing treatment after the incident.

“One of them has some injuries to the right arm. A large part of the second man’s body has been burnt. It is hard to say it in a percentage.”

He added that the burnt man’s condition was serious, but not critical enough to be treated in the ICU as of now. Moreover, the man has been communicating as well.