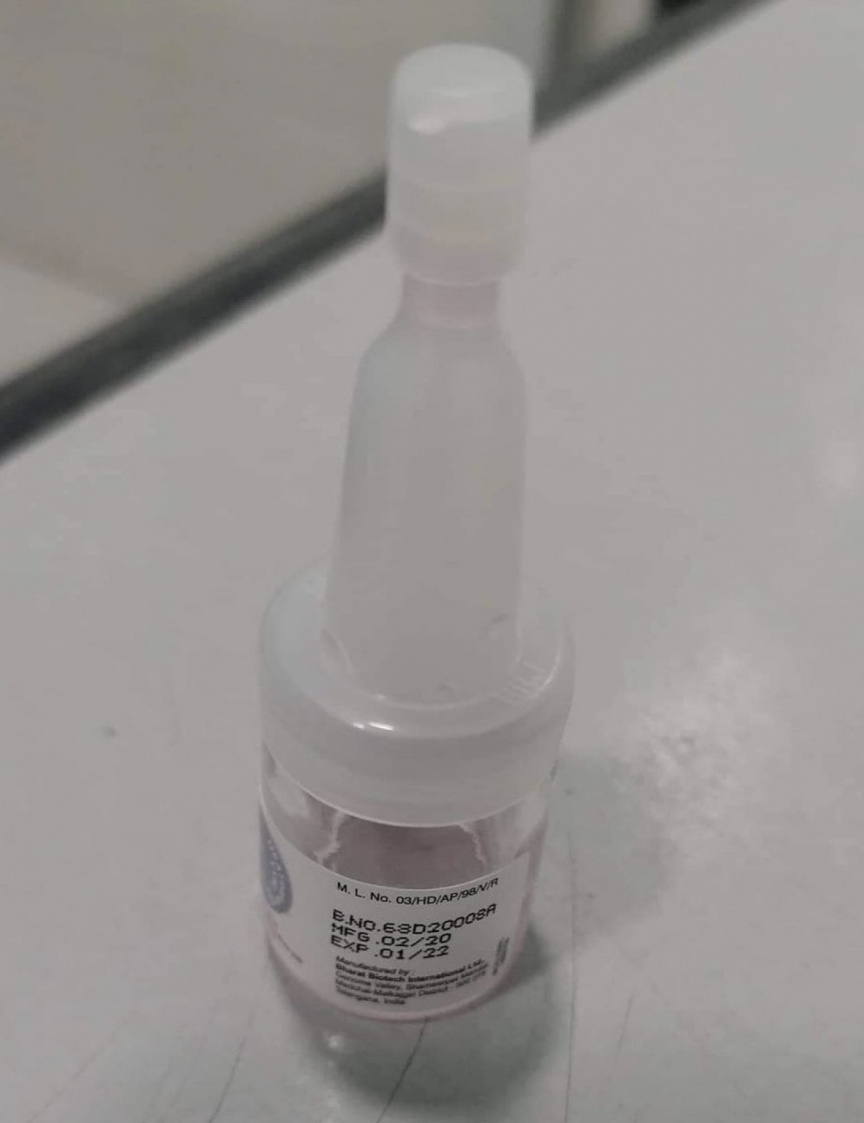 From the picture posted by MP Usham. An unidentified vaccine vial that has an expired bottle is seen in the picture. (Photo / Mp Usham()

The Ministry of Health has commenced an investigation into accusations that children were administered expired vaccines in Vilimale Hospital.

According to a Tweet by the MP for the Vilimale constituency Ahmed Usham, he's received several complaints from parents about the administration of expired vaccines to children.

“This is a very serious issue. The government needs to clarify how something like this took place.”

In the picture of a vaccine vial posted along with the statement, the date of production is February 2020, while the expiration was on January 2022.

However, it is unclear from the photos which specific vaccine it was.

The Health Ministry also revealed that they’ve been receiving complaints and that the issue was under investigation.

“After investigating, will be sharing that information,” said the Ministry.

Meanwhile, Indira Gandhi Memorial Hospital has stated that vaccination from Vilimale Hospital has been halted.

In a press release by the hospital, it said that the case has come to their attention and that they were currently investigating with utmost seriousness.

Furthermore, the statement read that IGMH and Health Protection Agency (HPA) were investigating the case, and that action will be taken against anyone found to be negligent.

In addition to this, IGMH assured that all steps will be taken to ensure such an incident is not repeated in the future.