Finance Minister: Ukraine crisis creating challenges, but it will not derail economy 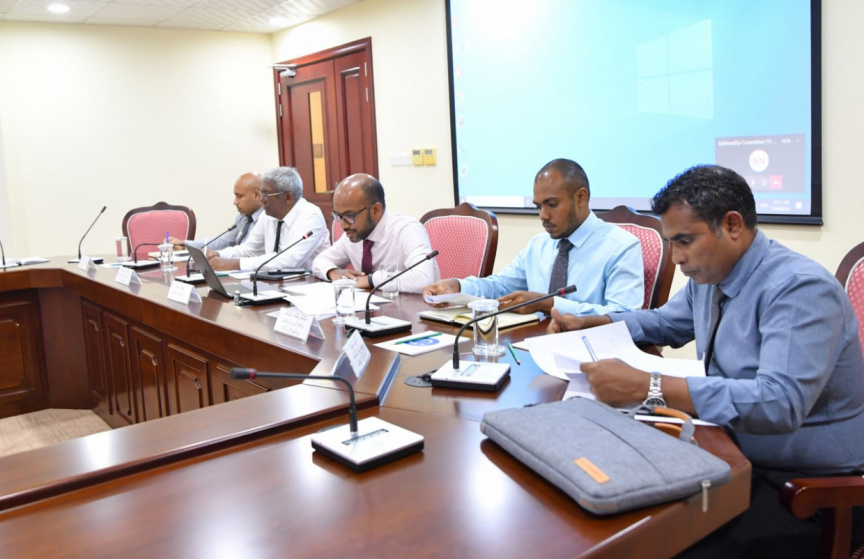 Finance Minister Ibrahim Ameer meets with members of the Parliament's Economic Committee on May 26, 2022. (Photo/People's Majlis)

Finance Minister Ibrahim Ameer told the Parliament’s Economic Committee on Thursday that though the Russia-Ukraine war was having an adverse effect on the Maldivian economy, it would not derail the economy.

Finance Ministry officials were summoned by the committee for a review of amendments proposed by the government to the Tourism Act.

Speaking to committee members, Ameer said the global economy faced a crisis due to the Russia-Ukraine war, coming at the heels of the COVID-19 pandemic.

The Ukraine crisis has led to decreased tourist arrivals to the Maldives from one of its top markets and resulted in a rise in global fuel prices, inflation, and the government’s spending on subsidies and imports.

Ameer said the Maldivian economy continued to move forward, despite the challenges.

“We are managing the situation. I am sure we will not face a situation where we default on our loans,” he said.

Ameer noted that Russia and Ukraine had made for 18 percent of tourist arrivals to Maldives before the war broke out.

He said that the economy continued to grow, despite the challenges.

Russia had been the top source of tourist arrivals to Maldives at the beginning of this year. However, since the war broke out, the market has dropped to third place on the list, with India and the UK moving up.

An analyst from American investment bank JP Morgan recently included Maldives in a list of countries expected to be most affected by the Russia-Ukraine war. Half of the 52 countries surveyed were found to have major obstacles in debt servicing. Maldives was listed as one of eight countries expected to deplete its reserves by end of next year and default on its loans.

Ameer, in a press conference in response to the report, insisted that Maldives was not at risk of defaulting on its debts.