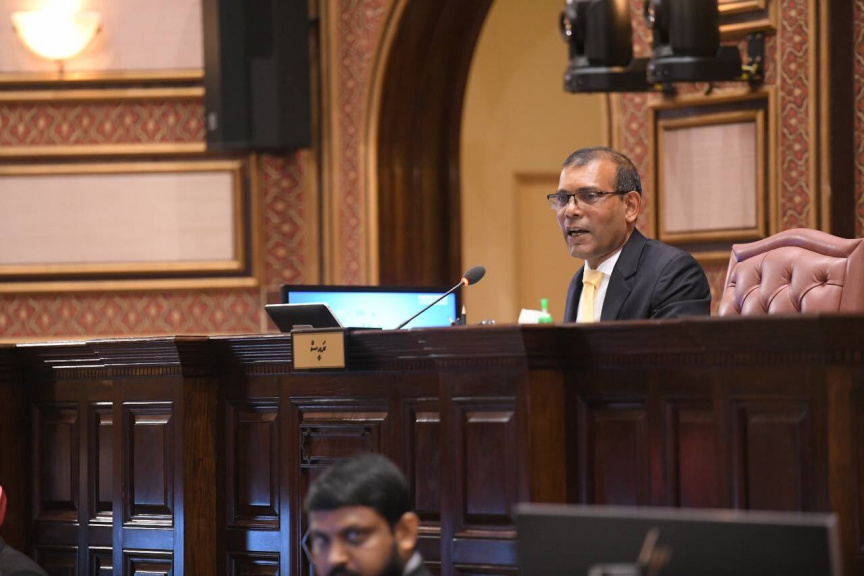 The parliamentary sitting for today has concluded early over the lack of task once again.

In today’s sitting, written response by Transport Minister Aishath Nahula on a question posed by Thimarafushi MP Abdulla Riyaz was read out.

Another written response by Health Minister Ahmed Naseem on a question posed by Manadhoo MP Ahmed Haroon was also read out.

Apart from this, debate on Parliament’s Foreign Relations Committee’s report approving the appointment of Aishath Shaan Shakir as the new Maldivian Ambassador to Germany was also held during today’s sitting. The committee had reviewed the matter following a request letter sent by President Ibrahim Mohamed Solih.

The debate lasted for 19 minutes – before moving towards a vote.

Shaan’s appointment was approved by the unanimous votes of 29 members who participated in the vote.

Therewith, today’s parliamentary sitting had lasted for 45 minutes in total.

Parliamentary sittings on last week’s Monday and Tuesday had also concluded early over the lack of tasks. The sittings on both those days had lasted for 35 minutes in total.

Parliament rejects emergency motion on espionage at VIA

Committee to issue summons for Nahula after no show