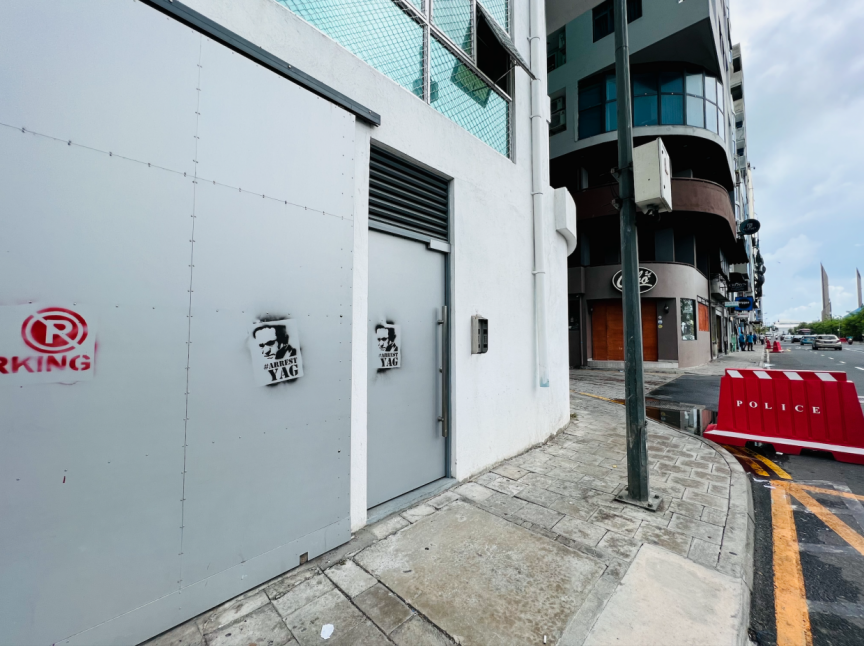 In addition to Yameen’s home, the office building of the Progressive Party of Maldives was also sprayed with the same message.

The messages in black calling to arrest Yameen, are believed to have been sprayed early hours of Thursday.

Additionally, fliers calling the former president a thief were thrown on the streets in the area.

According to Police, as soon as the issue came to their attention, an investigation was commenced.

However, the authority did not disclose any further details regarding the matter.

This incident comes just a week after a group under the name ‘Maldivian Youth Force’ held protests in front of the former President's home. These protestors vocalized the opposition’s ‘India Out’ campaign led by Yameen.

The group has also made their social media debut, with their first post itself criticising the campaign and issuing threats against Yameen.

Police stated that a complaint regarding a threat made against Yameen via a video on social media was lodged with them on Monday, May 2, and a second complaint was filed on May 3 asking to investigate the post on Facebook.

The threats have also been submitted to the Parliament’s Security Services Committee.