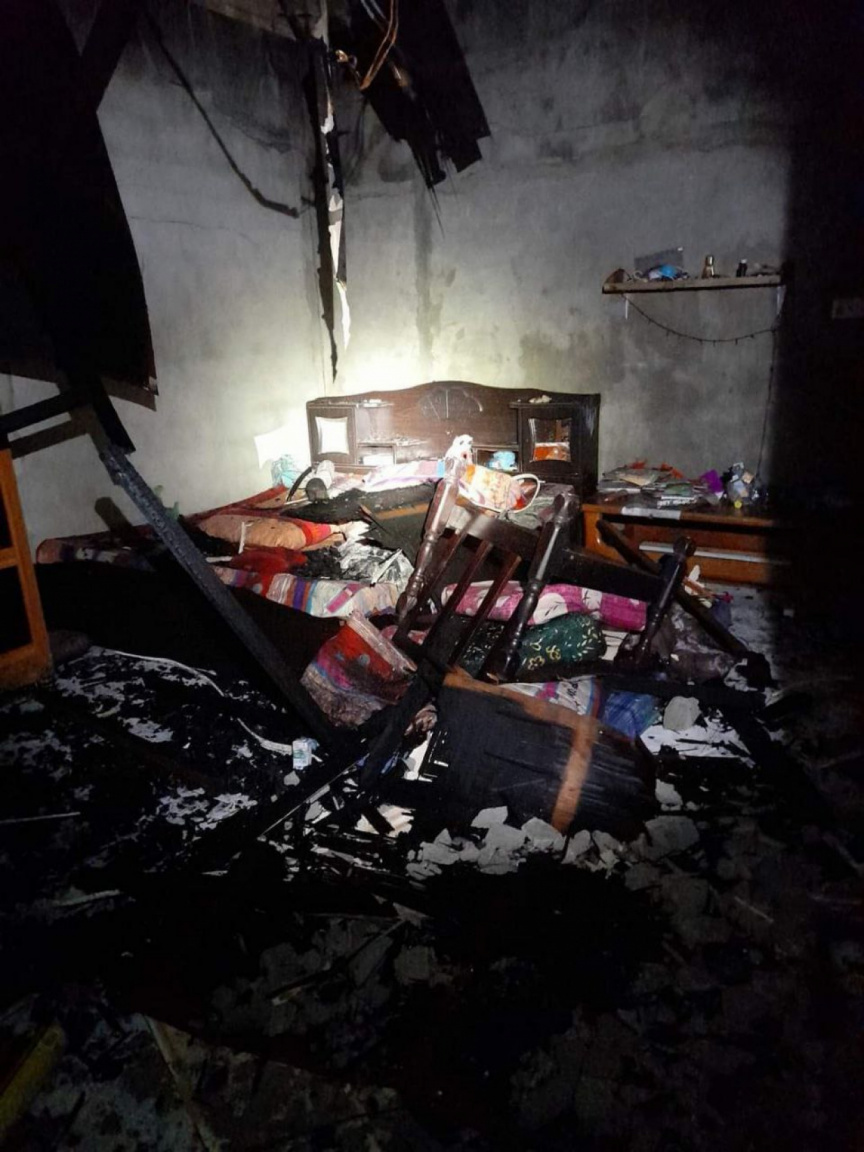 A major fire broke out at a house in GA. Maamendhoo in the early hours of Tuesday – resulting in the house burning down to ground.

Briefing Sun on the incident, Maamendhoo Council President Ahmed Azeez said detailed that at the time of the fire, ‘Long Life’, the house, was occupied by a couple and their three-year-old child.

Noting that a total of five people lived at that house, Ahmed explained that the remaining two individuals were on a trip to Male’ City, due to return today.

“A couple. Their father is in Male’. Mother too,” he had said.

Ahmed said the parents who were in Male’ for medical purposes have yet to return to the island.

He noted that the couple and their child was in good health after the fire despite not having a place to live.

“We are trying relocate them to somewhere in collaboration with disaster management,” he added.

Stressing that the house had been damaged beyond use in the fire – Ahmed said that the cause of the fire still remains unclear.

“We don’t know the cause (of the fire). The fire reached all the way up to the ceiling, engulfing the next room and eventually the whole house,” he explained.

Ahmed noted that as the incident had occurred at midnight – neighbors and other islanders had rendered assistance to the family.

He also expressed difficulties in controlling such a major fire due to the lack of necessary equipment.

An occupant of the house shared a post on social media – expressing gratitude to everyone who had helped extinguish the fire using narrow water pipes and water buckets.

Speaking to Sun, the occupant detailed that it took four hours to extinguish the fire, which was done so with assistance from Maamendhoo residents and the Police.

Maldives Police Service confirmed receiving a report of the fire from Maamendhoo. They said they were investigating the case further.