Siyam to build houses for two vulnerable families at Kudafari 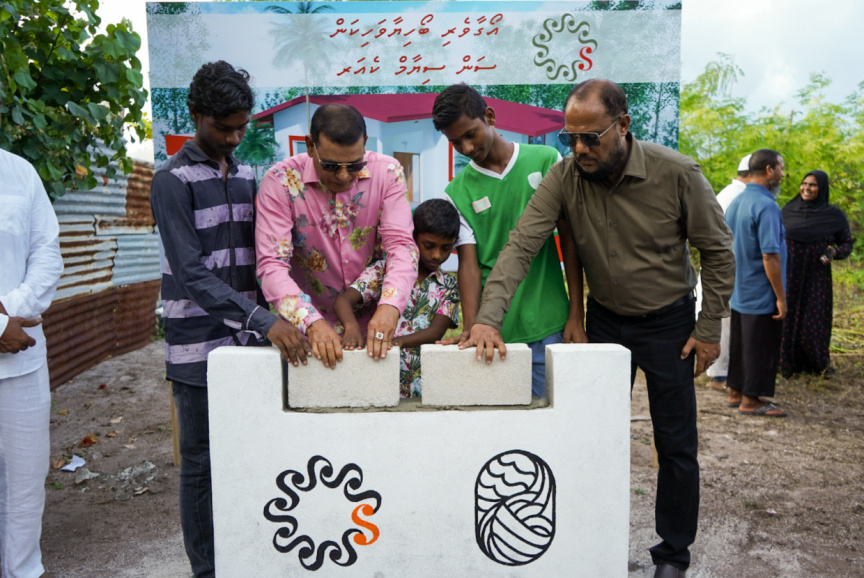 Leena is a single mother with five children – with only one of them being of legal age. Alongside her children, she lives in an old and worn-down house that once belonged to her grandmother. The house is named ‘Madduvarige’.

Glasses on all windows at ‘Madduvarige’ have been shattered. Water leaks from the roof when it rains and the insides of the house offer no protection from the scorching sun.

Complaints regarding the poor condition of the house had been filed with Gender Ministry by Kudafari Council. However, no response was received to the complaint.

As Leena and her children lived a difficult life in the house – Siyam had visited the house personally to monitor its condition. This was during his recent visit to Kudafari to host a ‘Maahefun’ for all residents ahead of Ramadan.

On that day, Siyam had pledged to build another house for Leena and her children to live in.

Similar to Leena, Kudafari’s ‘Bahaaruge’ Nafeesa Yoosuf alongside lived at an old house in poor condition with a total of six children – three of these children being half-orphans. Nafeesa had relayed the difficult circumstances under which she and her children were living to Siyam. Her request was to provide housing for the three children that are half-orphans; a request which Siyam had complied with.

Foundations of the houses for both families laid

Both houses are being constructed on land plots belonging to Leena and Nafeesa.

Houses to be handed over when fully completed

Sun Siyam Care has decided to spend approximately MVR 200,000 on each house. Both houses will have three rooms and a sitting room. There will also be a space for water storage. The houses are designed in a manner in which solar energy can be used.

Prior to the handover of the houses to their owners – they will be completed and furnished.

“I have no idea how to even thank (Siyam). This is significant help by Siyam for the sake of my three children that are half-orphans. (I) am very happy,” Nafeesa had said.

Work on both houses is to be completed within the next three months after which it will be handed over to the families.

Commenting on funding the construction of these houses – Siyam said that his purpose is to facilitate a way in which the two vulnerable families can lead a proud life.

“Hoping that the housing is a good opportunity these children get,” he added.