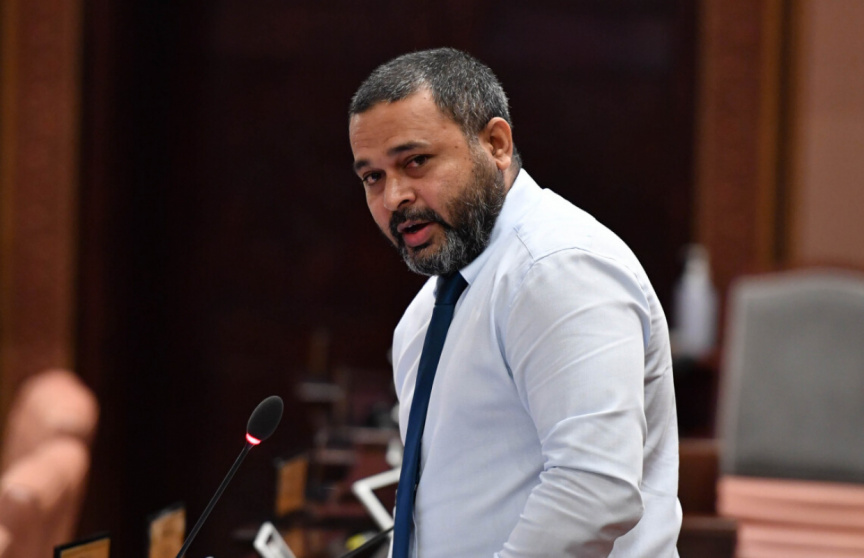 Parliament, on Monday, has dismissed the decree submitted by Naifaru MP Ahmed Shiyam calling to solve the issues faced at Madhrasathul Ifthithaah and improve the school’s administration.

The decree on improving the administration of Madhrasathul Ifthithaah at Lh. Naifaru was reviewed by Parliament’s Committee on National Development and Heritage.

The report formulated by the Committee following its review underscored that their inquiry from the Education Ministry found that most issues highlighted in the decree had already been addressed. Citing Education Ministry, the report read that efforts were underway to address remaining issues.

A total of 18 issues that needs improvement at Madhrasathul Ifthithaah were penned down in the decree. Despite this, the Committee, had passed to reject the decree – including the same in their report.

In the vote taken at today’s sitting on whether to greenlight the Committee’s report or not – the report was passed by the unanimous votes of 47 members who took part in the voting.

Therewith, the decree, has ultimately been thrown out of the Parliament.

In his decree, Naifaru MP Shiyam had requested that the problems faced at Madhrasathul Ifthithaah be addressed as soon as possible in order to improve the standard of education provided at the school and to improve the school’s administration.

Whilst 18 issues were underscored in the decree – they include lack of electricity in the new building, lack of furniture and damage to chairs and tables used at the school.

Other issues highlighted included lack of printing facilities at the school, lack of internet service and a lack of science lab for over three years.

Bill on charging for plastic bags sent to Committee