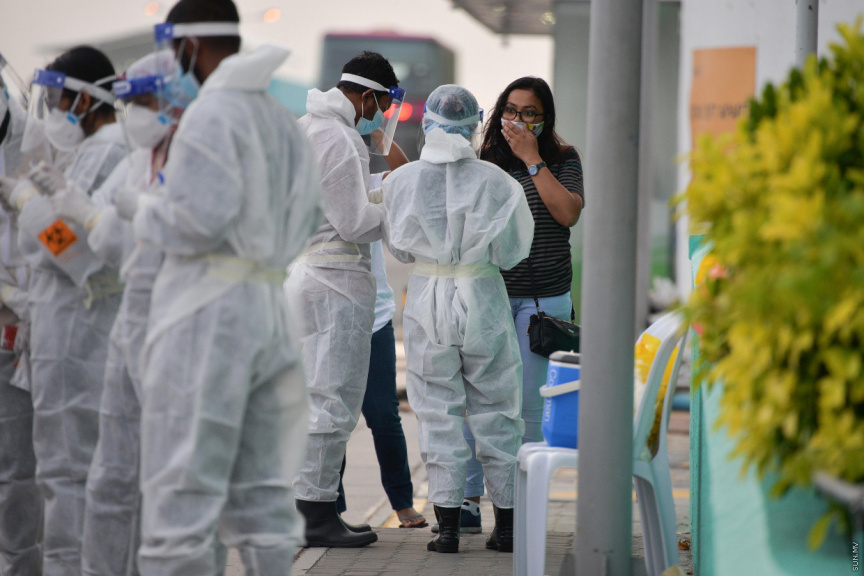 Health Protection Agency (HPA), on Monday, announced 288 additional cases of COVID-19 over the last week, increasing the number of confirmed cases in Maldives to 179,171.

In light of these decisions HPA stopped publicizing daily updates on the COVID-19 situation.

The agency released developments over the last week – from April 17 to April 23 – this afternoon.

According to HPA, the 288 new cases recorded over the last two weeks include; 37 cases from the greater Male’ region, 205 cases from residential islands outside Male’ and 46 cases from other categories.

No COVID-19 death was recorded during the period. Therefore, the death toll remained the same as previous week; 298.

As per the statistics released for the period of March 14 to April 16 released on April 18 – a total of 4,224 new cases were reported including; 394 cases from the greater Male’ region, 3,375 cases from residential islands outside Male’ and 456 cases from other categories.

The developments for last week released this afternoon indicate a significant drop in cases across the country in comparison to the two weeks prior to that.

Maldives began its vaccination campaign in February last year. The country expanded the campaign to begin vaccinating children between 12 years and 17 years of age six months later, in August, and began administering the booster dose the same month.

84.79 percent of the eligible population have now completed two doses of the vaccine.