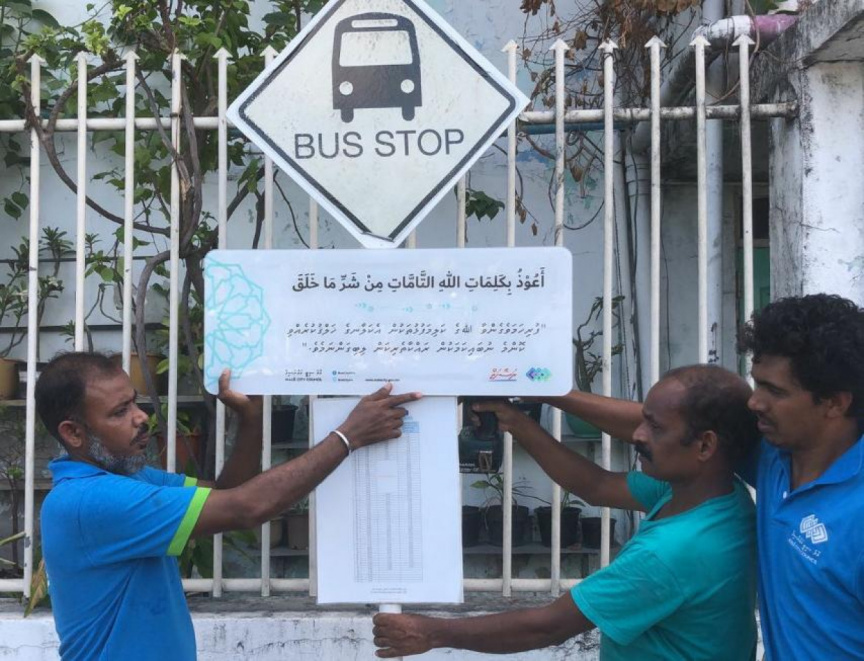 Male’ City Council has put up boards with religious messages in Male’ City.

The boards were placed in different areas in the city on Thursday.

Male’ City Council detailed that the boards with religious messages were placed as an initiative under its Strategic Action Plan.

They detailed the purpose of the boards to be to educate the public on good behavior and encourage them to follow the messages.

In a tweet publicized by Male’ City Mayor Dr. Mohamed Muizzu regarding the placement of the boards – he detailed that additional boards containing similar messages will be placed in different areas in Male’ City in the future as well.