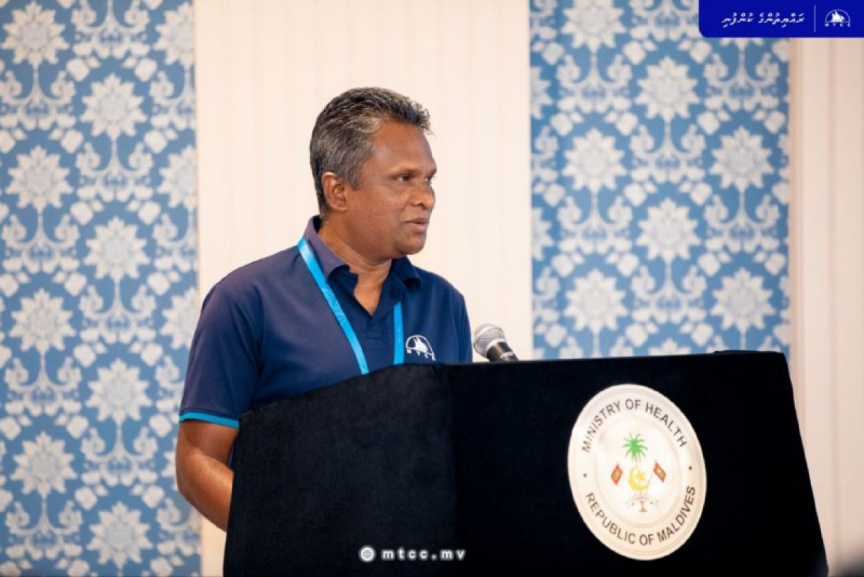 MTCC's CEO Adam Azim speaks at ceremony held to execute MoU between the company and NDA for the provision of employment and apprenticeship opportunities for recovering drug addicts. (Photo/MTCC)

Maldives Transport and Contracting Company (MTCC) has signed a Memorandum of Understanding (MoU) with National Drug Agency (NDA) for the provision of employment and apprenticeship opportunities for individuals seeking drug rehabilitation treatment with the agency.

MTCC said that the purpose of the agreement is to assist in the community reintegration of individuals undergoing drug rehabilitation treatment with NDA. In this regard, the company will be facilitating apprenticeship programs for such individuals as part of the ‘Reintegration and After Care’ program conducted by NDA.

MTCC is facilitating the opportunity for recovered drug addicts as part of the company’s Corporate Social Responsibility (CSR).

Those who participate in MTCC’s apprenticeship programs will be decided based on a list of eligible candidates proposed by NDA.

Under this agreement, a review report on the activities, ethics, and work of the participants in MTCC’s apprenticeship programs will be shared with NDA’s caseworkers on a monthly basis.

The duration of the agreement is three years – starting from the date of execution.