Work on food factory in Kulhudhuffushi to commence this year 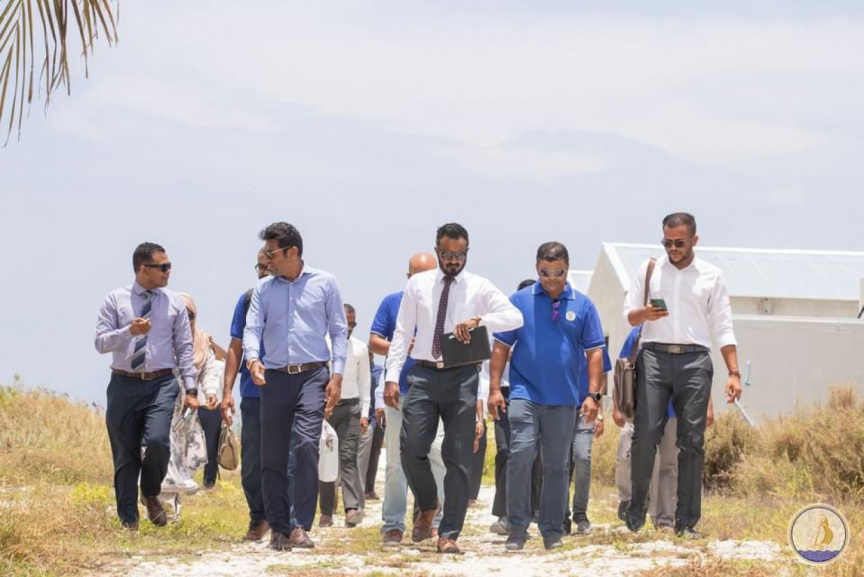 Members of the City Council of Kulhudhuffushi City, Parliamentarians of the city, senior officials of STO and MPL.

State Trading Organization (STO) will begin work this year, on the food factory to be developed in Kulhudhuffushi City, which will be packing flour and rice.

Speaking with Sun after the meeting, the Mayor of Kulhudhuffushi Mohamed Athif said that in the meeting it was decided to allocate the land needed by STO for the factory and that the plot will be handed over soon.

“We are trying to begin physical work within this year. In the next few days, the agreements will be drawn ip and the land will be handed over to STO. As soon as the land is handed over, STO is set to begin work.”

The land plot for the factory was allocated from the island's port area.

The mayor expressed his belief that the factory will give an ‘economic jump’ to Kulhudhuffushi.

He further stated that it would create more jobs in the city, and would grant opportunities for those looking to join the workforce.

In addition to this, the mayor noted that STO’s decision to develop the factory in Kulhudhuffushi was an added hope to the work they were doing to make the island an economic hub.

Moreover, he expressed his gratitude to STO’s MD Amru for this.

CITM lecturer speaks out after being unpaid for months

Mayor condemns use of martyr's photo for 'India Out'

Kooddoo’s expansion: Mins to be questioned over delays