Mayor Muizzu: No support from gov to develop parking zone for Salman Mosque 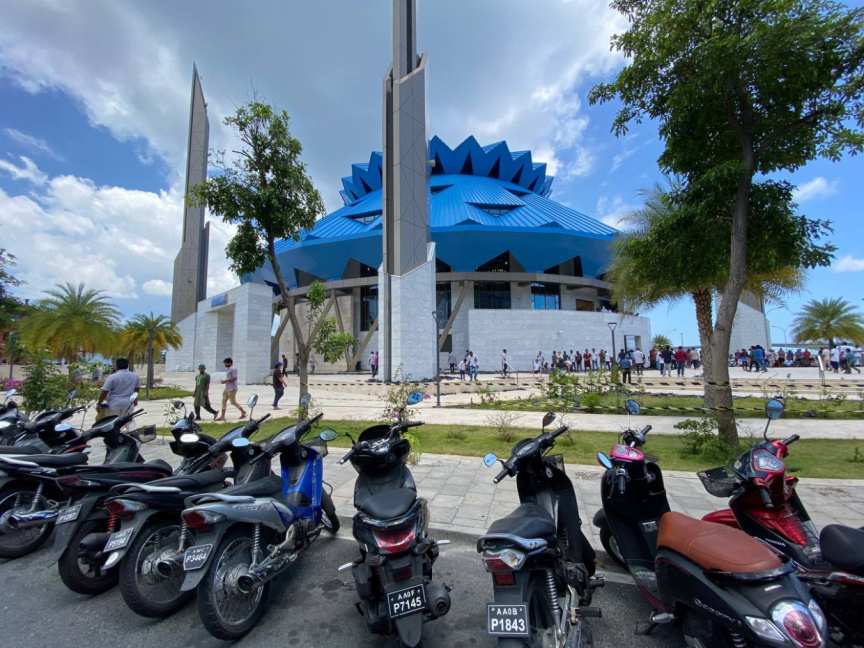 The Mayor of Male’ City Dr Mohamed Muizzu said that the government was not supportive of efforts to develop a parking zone for the newly opened Salman mosque in Male’.

Speaking to Sun, the mayor said that they had requested to clear the area in front of the mosque months prior. He added that Planning Ministry’s public work employees were being accommodated in the area from when the COVID-19 situation escalated and that many vehicles were also being kept in the area.

“We have said that they [planning ministry’s employees] can be moved back to where they were before. At the time they were brought due to the situation of covid. But even after much discussion, they have not been moved from there.”

He went on to state that they had even requested to clear the area and to develop a parking zone in the area financed by the city council in time for the mosque opening. He further noted that he does not understand why they were not given the opportunity to do something that would provide much ease to the people.

Muizzu, who was the Housing Minister during the tenure of former President Abdulla Yameen Abdul Gayoom, when the project to build the mosque commenced noted that even at the time, the area was planned to be developed into a parking zone.

“Maybe it is not of much importance to them,” said Muizzu.

Additionally, he stated that they have been receiving complaints from people regarding various issues related to the mosque.

“…we want to clarify that the government has not handed over King Salman mosque to us yet. The Islamic Ministry is responsible for the maintaining.”

The King Salman mosque was opened with Friday prayers over the weekend, and since then many prayer goers frequent this mosque. Hence, the current parking zones close to the mosque get filled up, with people having to park on the streets as well.