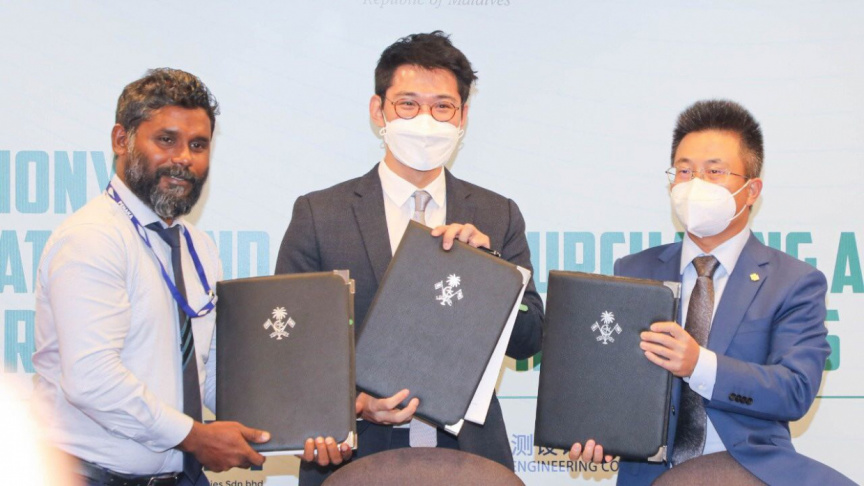 At the signing ceremony of IA and PPA of 11MW Solar PV installation in six islands on March 29, 2022. (Photo/Environment Ministry)

The project was contracted to a joint venture between Malaysia’s Mega First Power Industries Sdn. Bhd. and China’s Powerchina Huadong Engineering Corporation Limited in a ceremony at H. Meeruma in Male’ on Tuesday.

It is the largest solar PV contract in Maldivian history under the PPA (solar power purchase agreement) model.

The power purchasing agreement for the project was signed by Fenaka Corporation’s Director Ahmed Azleem.

Practical work on the project is scheduled to begin in Q1 2023. The work will be complete and power generated under the project in Q4 2023.

With the project, Maldives will generate approximately 18 million units of solar power per annum. It will cut the diesel purchased to generate electricity by approximately 4.8 million liters, and the cost of diesel by MVR 39 million.

Regulation for waste disposal into sea to be amended