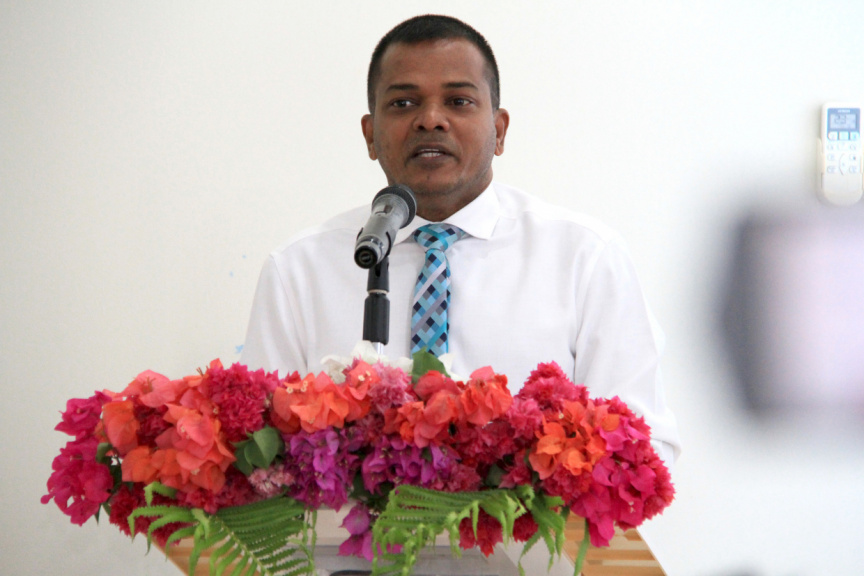 Addu City Mayor Ali Nizar said on Tuesday that it would be better if authorities looked into allegations by residents of Addu in connection to the sexual abuse of a six-year-old girl in the city.

Police have arrested a 59-year-old woman – who works as a custodian at the school the victim attends -in connection to the case.

However, the family of the woman alleges the victim identified her abuser to investigators as her grandfather. The arrest of the woman has sparked protests in Addu.

Commenting on the situation, Nizar said that relevant institutions much release as much information as they can in cases that involve such high level of public concern.

“And Gender Ministry must provide its cooperation. It would be good to look into the people’s concerns in this,” he said.

Addu City Council released a statement on Tuesday in which it said that sexual abuse of children was of great concern to the public and the council itself, and that the council therefore found people who commit such crimes and people who aid in such crimes in any manner unacceptable.

The council also asked authorities to investigate the case as a serious issue, and conduct separate investigations into all parties involved.

The council said that peace and security within the community depended on the establishment of justice, and urged authorities to expedite delivering justice in the case.

The family of the woman arrested in the case believe the grandfather remains free due to his connections with a powerful politician. The family has also accused the man’s children of attempting to send him overseas to evade authorities.