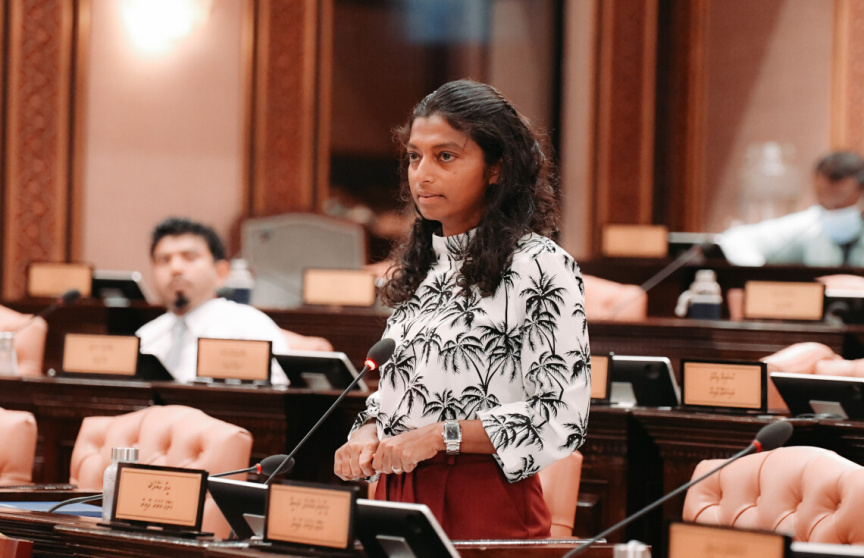 She made the comment during the parliamentary debate on Wednesday morning on Kaashidhoo MP Abdulla Jabir’s emergency motion urging the government to stop a mass rally planned in Male’ City as part of the opposition’s ‘India Out’ campaign.

Eva said that the ‘India Out’ campaign did not reflect the actual sentiments of the Maldivian people or members of opposition PPM themselves, but was ‘political hostility’ instigated by opposition leaders.

“This, Honorable Speaker, is clearly something manipulated by PPM leaders to fulfil some political or financial objective. This, in no way reflects the sentiments of the Maldivian people or PPM members,” she said.

Eva said that a look at history makes it clear India has always been the first to come to Maldives’ aid in times of need.

She said that India has been the bilateral partner to extend the greatest assistance to Maldives for development projects over the last 50 years, and in response to the 1988 terror attack and the 2014 tsunami.

Eva said that the opposition’s ‘India Out’ campaign was damaging to Maldives itself.

“Honorable Speaker, it is clear to anyone of sound mind that our hostility against India is damaging to Maldives itself. It won’t be India that suffers,” she said.

Eva said that she sees no reason why the campaign cannot be put a stop to, especially given stand by police and military.

“The Commissioner of Police, the MNDF have clearly stated that ‘India Out’ is a threat to national security. So the government should be able to stop this,” she said.