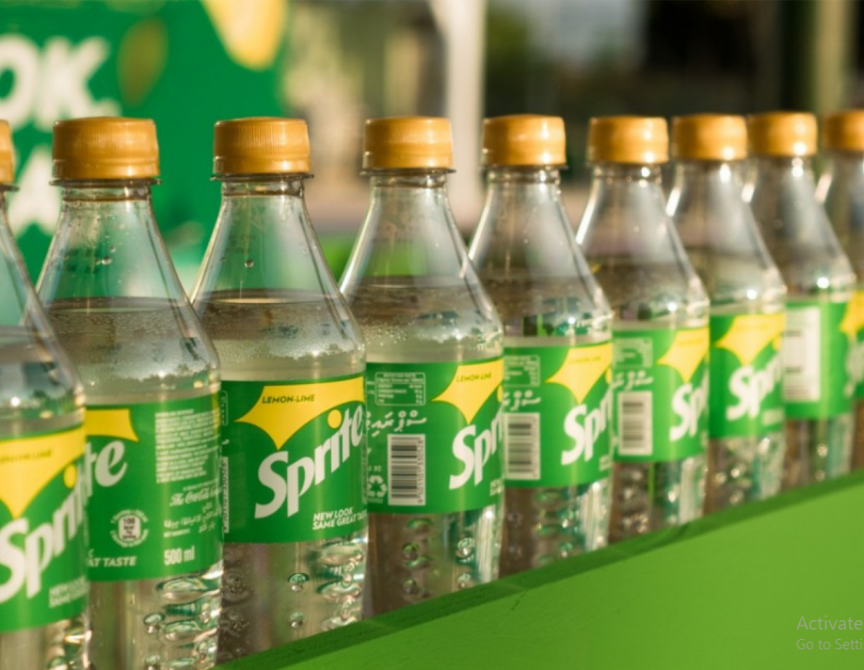 Bottles of sprite in the new clear packaging. (Photo/ Sprite)

Sprite announced a new campaign, ‘Drink It & Bin It’ to mark the recent transformation of its packaging from the infamous green to clear ones in Maldives.

As per Sprite, the brand will be showing up at different locations in the Male’ region to “encourage consumers to give a new life to empty PET Plastic bottles”.

“From March 18-19 (3-6 pm), basketball-themed “dunk bins” will pop up at the Maldives National University’s Central Administration Block in Male. The “dunk bins” will be placed at the Central Park in the satellite town of Hulhumale from March 25-26 (3-6 pm). Consumers can take part in the competition, and stand the chance to win Apple Watch Series 7s, AirPod Pros and gift vouchers from partner restaurants…”

To take part, the following steps need to be followed:

The weekly winners will be announced on Sprite Maldives’ Instagram

In addition to this, Sprite revealed that for the duration of this campaign, Coca-Cola’s partner NGO, Maldives Ocean Plastic Alliance (MOPA) will be collecting empty bottles thrown into the bins to be recycled and upcycled into items such as branded sneakers, swimwear and other garments.

This campaign from Sprite is part of Coca-Cola’s global shift towards 100 percent recyclable packaging, under which, packaging shifted to clear bottles for Maldives in September 2021, increasing recycling opportunities.

According to Sprite, the green bottle was also 100 percent recyclable, moving to clear bottles increases the value of the plastic in the after-use market and its ability to remain in the circular economy to be used for multiple purposes.

Moreover, Sprite highlighted that the campaign coincides with the first-ever consumer promotion in Maldives by Sprite.

“Running from February 1 until April 4, 2022, the ‘Chill with Sprite and Your Screen’ campaign aims to inspire consumers to stay fully refreshed during their screen time at home while standing the chance to win BIG!"

Sprite is a lemon and lime-flavoured soft drink that is popular in Maldives. It was first sold in 1961 and today it’s sold in more than 190 countries. The Coca-Cola Company, through its bottling partner, Male’ Aerated Water Company Pvt Ltd., has introduced a range of beverages to the Maldives including Sprite.