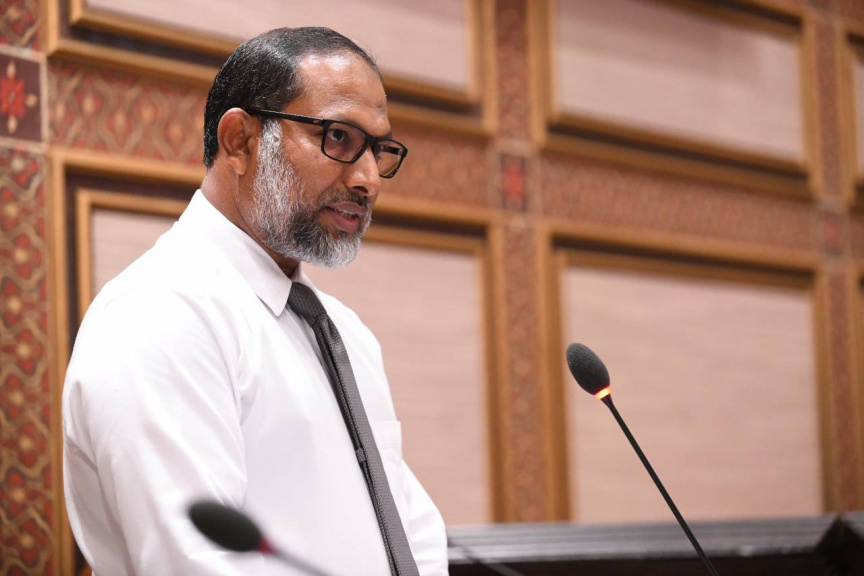 Responding to a question posed by a member at the Parliament’s Judiciary Committee on January 16, AG Riffath had said that there were two main reasons those brought into police custody get released under “technical issues.”

As per him, one of the reasons was the presence of those who plan and organize such things within the government.

“There are those who are familiar with the system, and find loopholes within it and proceed with such intentions. We need to accept this truth,” said AG Riffath.

The Parliamentarian for Henveiru Hulhangu constituency Hassan Latheef questioned Minister Imran regarding the AG’s comments. He asked whether discussions have been held regarding the comments and whether any action has been taken, as the responsible authority for the Police.

Replying to the questions in writing, Minister Imran said that such an incident described by the AG has not yet come to their attention.

“Since the presence of such an individual within the Maldivian Police Service has not been flagged, no discussions have been held so far with AG about his comments,” said Minister Imran.

He further said that those in policing were educated and trained capable individuals.

“I do not believe saying there are such ill-intended individuals who purposely make mistakes, as indicated by AG is the best thing to say.”

Furthermore, Imran revealed that although administrative action has been taken against officers with low performance, so far there has not been an investigation or action taken against any office with ill-intentions.

He also noted that if such an officer's actions have been noted, an investigation will be carried out when that information is shared.

“One of the two ministers is lying,” said Nasheed.