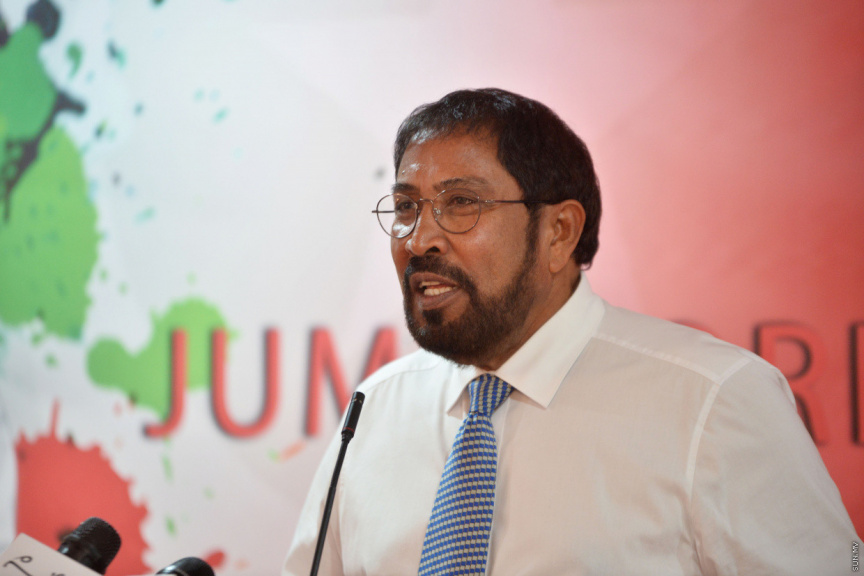 Jumhooree Party (JP) on Saturday stated that the party's leader Qasim Ibrahim will not contest in the 2023 Presidential Elections with a Progressive Party of Maldives (PPM) ticket.

The statement was made in response to the comments by former President Abdulla Yameen Abdul Gayoom while speaking at an 'India Out' rally held in GA. Villingili on Friday.

While addressing the rally, Yameen stated that he has no intention of forming political ties with traitors.

He went on to state that people should not believe the rumours created by a group of people claiming that PPM will be endorsing JP leader Qasim in the 2023 presidential elections, adding that there were capable candidates within PPM.

In the statement responding to this, JP highlighted that Yameen had the backing of Qasim in winning the Presidential Election of 2013, and that was a fact to be seen by everyone.

The party further stated that Yameen started criticising Qasim after seeing the support people had for him.

"In the history of JP, people always come to JP to create a coalition. So Qasim will not contest with a PPM ticket."

In addition to this, JP also responded to the comments stating that there was no longer any place for those who left PPM and PNC.

"There is room for those (who leave PPM/PNC) to join JP, and independently speak their mind in running the party. They are working sincerely to bring Qasim Ibrahim to power, and to make JP the most powerful party."