Jameel: Influence on courts obstructs Yameen’s trial from being transparent 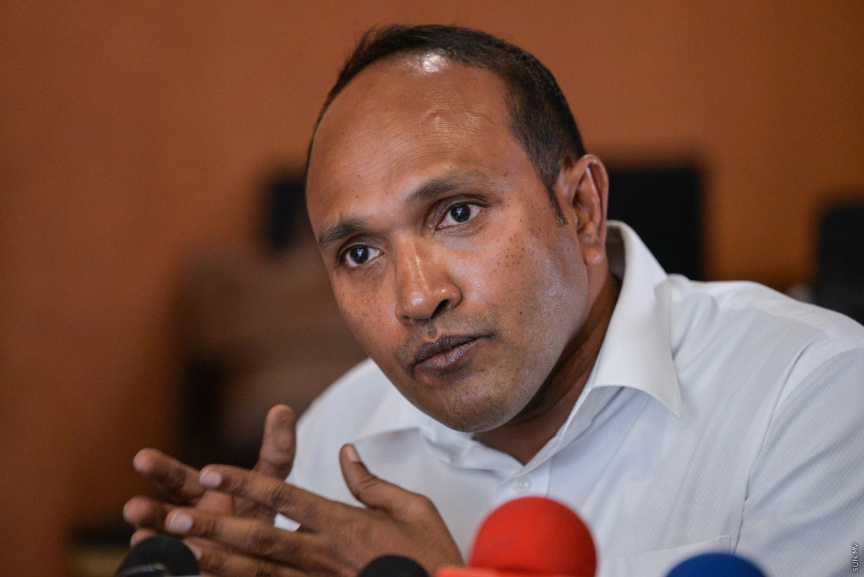 Jameel remarked this whilst speaking to Sun to express concern regarding the issue of Yameen’s trial being unable to be livestreamed.

In this trajectory, Jameel said that he is scared as he feels that influence from government officials enters the doors of the courts.

“I grievously suspect that government officials’ influence is entering courts. Please write this. I have clear suspicions of undue influence on courts by the government, and individuals belonging to the main ruling party,” he had said.

Jameel alleged that ruling party, MDP’s leader, Mohamed Nasheed is in the Judicial Service Commission (JSC) to influence the trials which go on at courts. Pointing out that making changes to the way JSC is formed was an electoral pledge of the government – Jameel said that the government has forgotten about it today.

“The modern system they had promised; I sadly say that it has been dusted below the carpet today. What they want today is to take control of the whole judiciary,” he had said.

Stressing on the importance of livestreaming trial hearings – Jameel said that it is the most advantageous course of action in all perspectives. He added that Article 42 of the Constitution dictates that all judicial proceedings must be conducted in a manner it is most transparent.

Prior to this, the court had drawn up a regulation on livestreaming trials over Yameen’s initial money laundering trial. The regulation states that cases of public interest and cases that involve public finances should be livestreamed.

Referring to this regulation by the court, Jameel said that Yameen’s trial should not take place in contradiction to the regulation.

“By hurrying with this trial without doing this, use this word, I have many ‘suspicions’. There is something to hide,” he had said.

Expressing full confidence in the judges sitting at the Supreme Court, Jameel said that the judges would also like to prove that they are unhinged by influence and independent before the world based on how events have unfolded in the Maldives.

“If the trial proceeds independently, there is no doubt that Yameen will receive justice. Why only Yameen when there are about two hundred to three hundred cases regarding MMPRC. Why not others? Where are the other people?” he had said.

Speaking further, Jameel said that should Yameen’s case be weighed independently and justly, it would lean heavier on his side. He added that he believes there will also be independent judges sitting in Maldivian courts.

“For as long as the trial proceedings do not change, (I) believe Yameen will get justice,” he had said.

Yameen was charged with money laundering and taking a bribe in connection to the sale of V. Aarah for resort development.