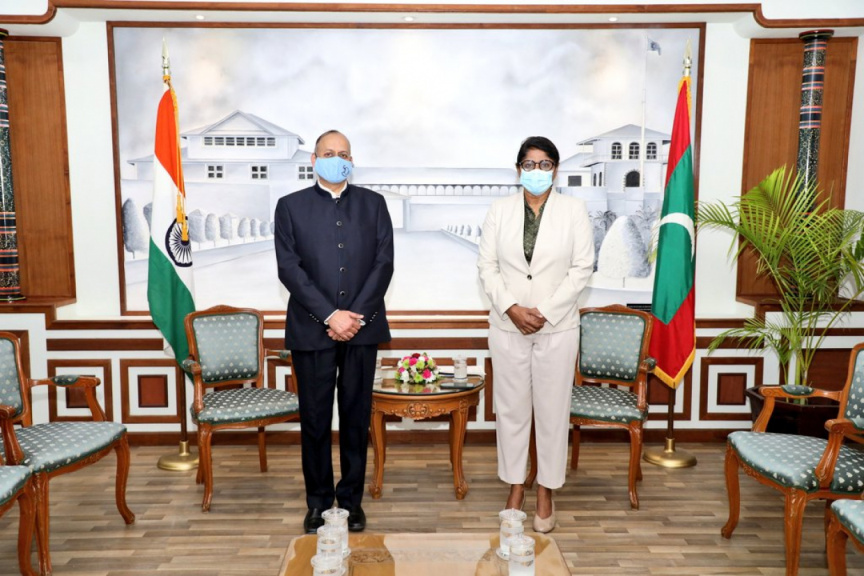 The meeting was held at the Defense Ministry headquarters in Male’ City, and was also attended by the Indian High Commissioner Munu Mahawar.

During the meeting, Mariya noted the expansion of India-Maldives defense cooperation over the last three years.

She thanked India for its assistance during the COVID-19 pandemic with vaccine shipments, medical supplies, transportation of food supplies, and humanitarian assistance.

Mariya also thanked India for rendering technical support to the Maldives National Defense Force (MNDF), including in over 170 medical evacuations and 130 surveillance missions over the past couple of years.

Mariya also expressed her appreciation for the Coast Guard Dockyard project, which she said is set to be the most comprehensive defense infrastructure development project carried out in Maldives.