Project to built mosque, powerhouse in picnic island to FENAKA 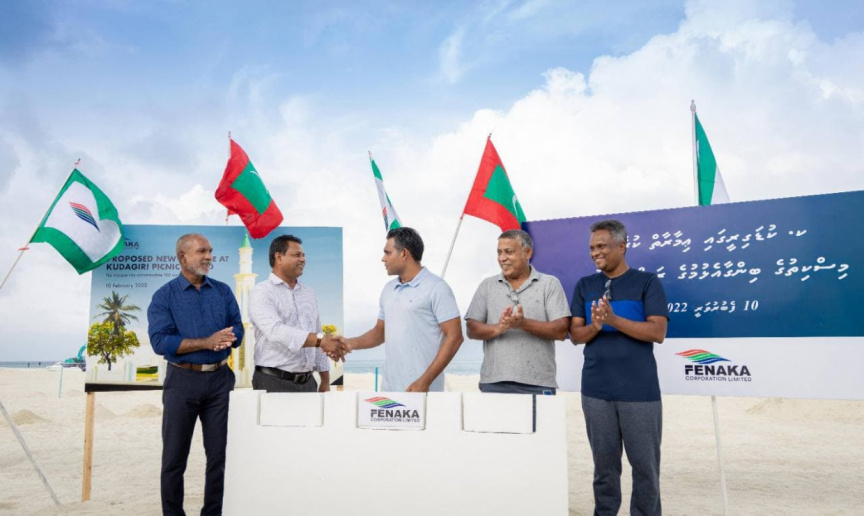 Foundation laying of the mosque to be built in Kudagiri, the island under development as a picnic island for residents of Male'. (Photo/FENAKA)

FENAKA Corporation granted the project to build a mosque and powerhouse on the picnic island being developed on Kudagiri.

Speaking to ‘Sun’, the Managing Director of FENAKA Ahmed Saeed Mohamed said that the projects were given to the company with the confidence it will be completed on time.

“The government this project to FENAKA as we are the partner in a full filing the peoples wishes every day.”

He went on to say that their target is to complete all the work so people of Male’ can go for picnics by July 26.

The project to develop a picnic island was granted to Maldives Transport and Contracting Company (MTCC ) in September 2021. Under that project, State Electric Company Limited (STELCO) was given the project to lay power cables, while water supply was given to Male' Water and Sewerage Company (MWSC).

Developing a picnic island dedicated to the residents of Male’ was one of President Ibrahim Mohamed Solih’s pledges in the 2018 Presidential Election.