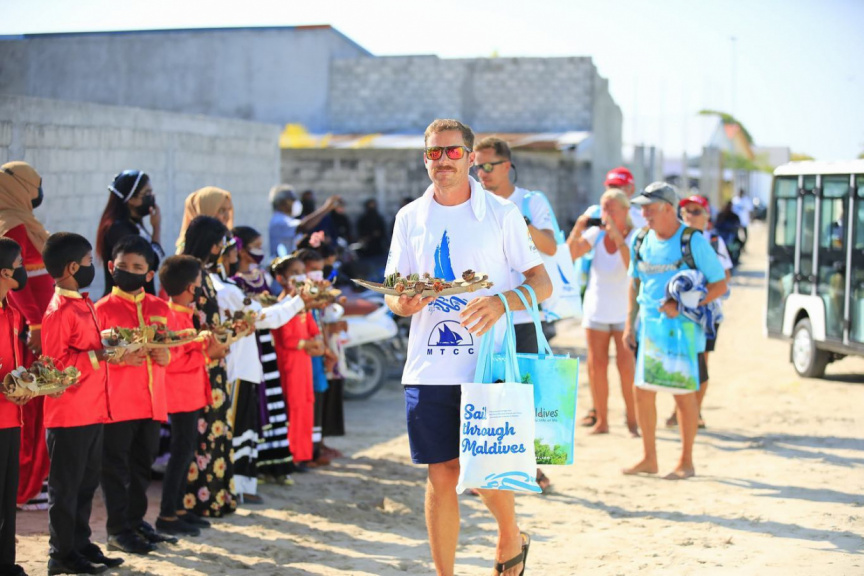 The beginning of the yacht rally – held to mark the Golden Jubilee year of Maldivian tourism - was celebrated with cultural presentations.

12 yachts from across the world – including United States, Australia, Ireland, Thailand, UAE and India -are participating in this journey across the Maldives’ seas. They will make stops at local islands, explore the heritage, experience famous dive sites, sandbanks and more.

According to MITDC, the aim of the event is to promote Maldivian culture, heritage, its rich history, as well as yacht tourism and to exploit the benefits of strengthening these areas within the tourism industry of the country.

The event is a tribute to one of the greatest sultans to rule the small island nation, Al-Sultan al-Gaazee Muhammad Thakurufaanu al-Auzam, famously known as Bodu Thakurufaanu.

The rally, which began from the northern-most atoll of the country, HA. Atoll, will take a course of three weeks and conclude in B. Atoll.

Participants will visit a total of 11 inhabited islands, giving them the chance to see local heritage sites on each island and experience the island lifestyle.