Application to be introduced for visually impaired students 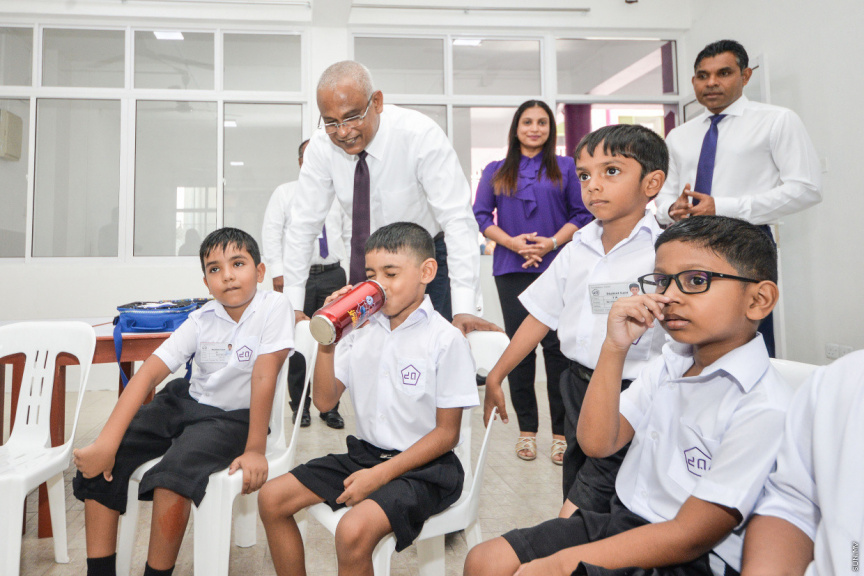 Education Minister Dr. Aishath Ali has stated that a special application for visually impaired students would be introduced very soon.

During the Minister’s interview, she also highlighted the efforts by the government to develop the education sector.

On this note, she pointed out the successful efforts by the government to bring an end to the longstanding practice of traveling from one island to another for education purposes.

“Not only just the teaching component – additional services that need to be provided to students such as social connections, sports and extra activities have also been attached by us to their parent school. Therefore, the students will be scheduled to visit the parent school under a specified regulation. Thus, students studying at schools via the satellite program will be provided all experiences necessary for a student,” she had said.

Noting the announcement of increment in the salaries of education sector workers by President Ibrahim Mohamed Solih in the annual presidential address delivered at the opening sitting of the Parliament yesterday – Minister Aishath Ali said that this resolves the concerns which youths have regarding choosing education sector as a career. Therefore, she urged skilled students to apply for teaching posts.

“Looking at the education sector, we do not get the number of people necessary. There are reasons too. One of them is not receiving a fair wage. Nevertheless, with the good news received yesterday, our hope is skilled individuals in the field of teaching joins the sector. Another problem we face teachers leaving their posts for other positions with higher salaries. But the increment in salaries will help us retain them,” she had said.

Minister Aishath Ali also noted that efforts were underway to train interested youths in the field of education. In this regard, she noted the announcement of 20 scholarships in November of last year, to train school principals. She said that 60 individuals had applied for the scholarships – whereas work was currently underway to select scholarship winners and send them to undertake the course.

'Work on license issuance for teachers to begin soon'

'Difficult to find capable principals due to low wage'