MDP’s VP Shifaz: MNP trying to get votes for PPM 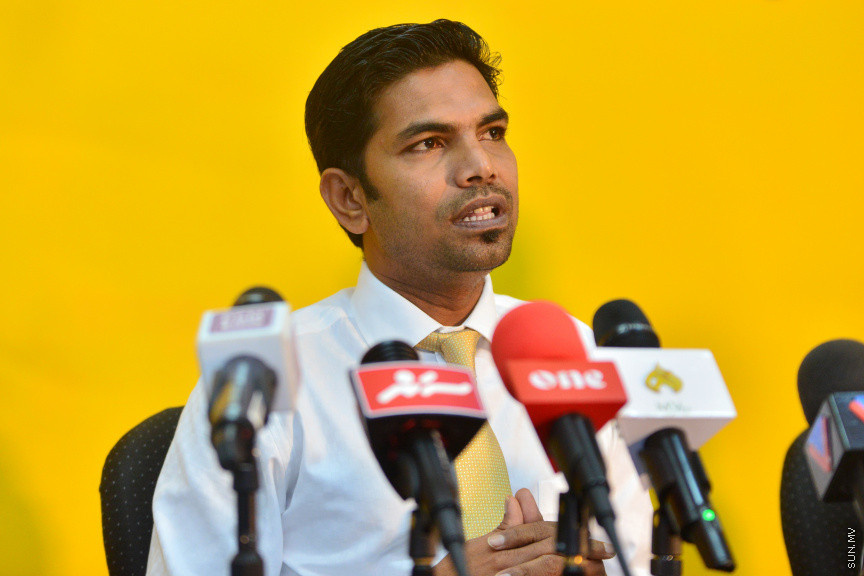 The Vice President of Maldivian Democratic Party and Minister at the President’s Office Mohamed Shifaz said that Maldives National Party's (MNP) purpose in contesting for the Komandoo seat was to gather votes for the Progressive Party of Maldives (PPM).

Speaking at a campaign event held in Sh.Maroshi for Mohamed Rasheed, MDP’s candidate for the upcoming by-election for the Parliamentary seat of Komadoo constituency, Shifaz said that MNP has always supported the government.

However, when they got a candidate for this election, the party found many faults within the government, and failed to see any good, he added.

“Up until getting a candidate for the election, there was no government as good as this. There was nothing lacking. No service was unavailable. Seen as such as government until then.”

Shifaz said that as the election dates come closer, it was getting clearer what MNP was trying to do, which is why constituents of Komandoo need to think before casting their votes.

He claimed that MNP was trying to destroy MDP’s plans to develop the region, as well as the hopes of the citizens of Komandoo. But if MDP gains this seat, no other can even come close to the part in the political arena, he assured.

“They are doing this to do what and for whom? The last administration put people through a lot of pain. Even members of their party (MNP) were arrested by that government. But now MNP is working to get a parliament seat for the same people.”

Additionally, Shifaz accused that since MNP has come to the realization that they cannot win the election, the party was now working to get that seat for the opposition PPM.

The by-election for the Komandoo seat has been scheduled for February 5 by the Election Commission.

Leaders of parties are in the islands of the constituency, campaigning for their respective candidates.