Remand of Lamha extended by 10 days 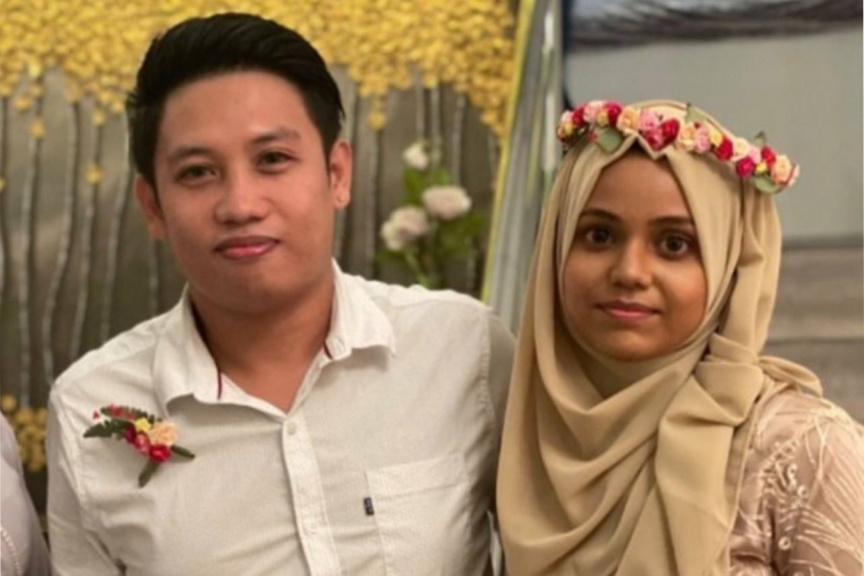 The remand period of Haleemath Lamha Abdul Rahman - charged with the murder of a Filipino nurse Mary Grace Oned Pineda.

'Sun' has come to know that a decision was made on her remand this time around by a different judge as the judge presiding over the case was on leave.

Murder charges have been filed against Mary’s husband, Marvin S. Y. Vargas and his lover, Lamha, in connection to Mary’s death. Lamha is also charged with two additional crimes; knowingly taking unauthorized control over the property of another after the police found two injections from IGMH which she had not been authorized to take out of the hospital hidden in an envelope in her bedroom and carrying out an activity that requires permission from an authority, without obtaining permission from the relevant authority after police found a type of drug issued only for the use of hospitals and health facilities during a search of her bedroom.

The death of Mary on October 19 was initially reported by her husband as a case of suicide by hanging.

Her dead body was taken to the hospital by her husband, Marvin, moments after she had gone home for a break whilst on duty.

According to a credible source, Marvin initially told the hospital staff that his wife committed suicide by hanging herself, and then later changed his story and said that she suddenly collapsed.

The police found the death suspicious and opened an investigation into the case.

After conducting an autopsy on Mary’s body, the Police announced that they do not believe Mary died of suicide by hanging and that the postmortem examination revealed the cause of death to be blunt injuries.

Both Marvin and Lamha had also worked as nurses at IGMH, and as admitted by Lamha to 'Sun', were having an affair. She claimed they ended their relationship a day before Mary’s death, but got back together again.