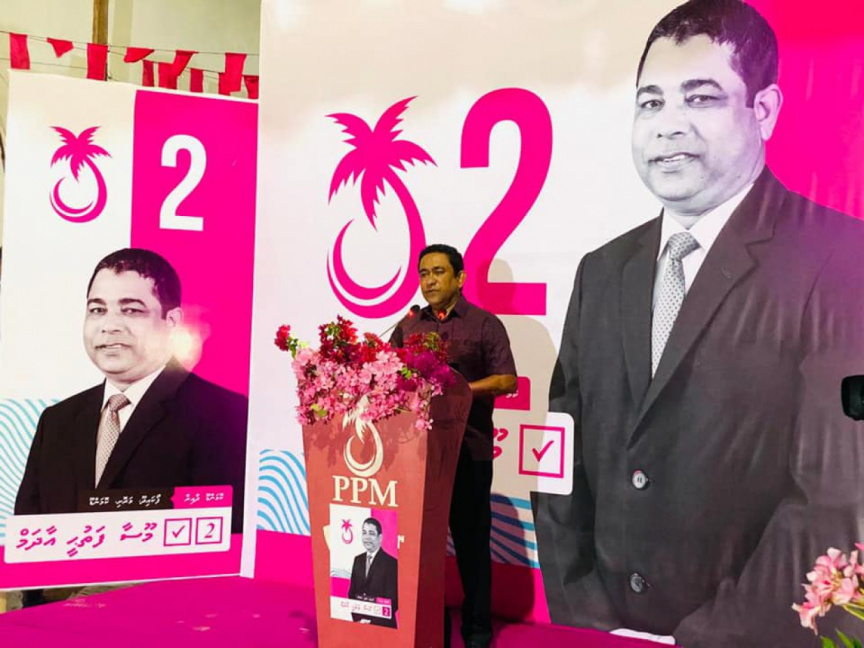 He made the remark in reference to the current administration’s plans to corporatize 13 state-owned enterprises this year.

Speaking at a campaign event held in Sh. Foakaidhoo for PPM’s candidate for the upcoming Komandoo parliamentary by-elections, Moosa Fathuhy Adam, the opposition leader, Yameen accused the current administration of denying employment opportunities to the youth.

He said that creating jobs through the civil service would be an added burden on the state budget.

He also accused the current administration of appointing foreigners to jobs at state-owned enterprises, instead of locals.

“We clap our hands because Maldives is the world’s leading tourist destination. But the profit and benefit from these places are enjoyed by foreigners. The services of companies should go to Maldivians. But its foreigners who profit,” he said.

“The monthly salary of each of these jobs stands at an average MVR 18,000. Where are the jobs for the youth in outer lying islands? They just created political posts,” he said.

Yameen said he isn’t opposed to making political appointments, but cannot accept “selling off” state-owned enterprises in a manner which closed the door to employment opportunities for the youth.