Yameen: If a just election is held, current leaders will be sent home 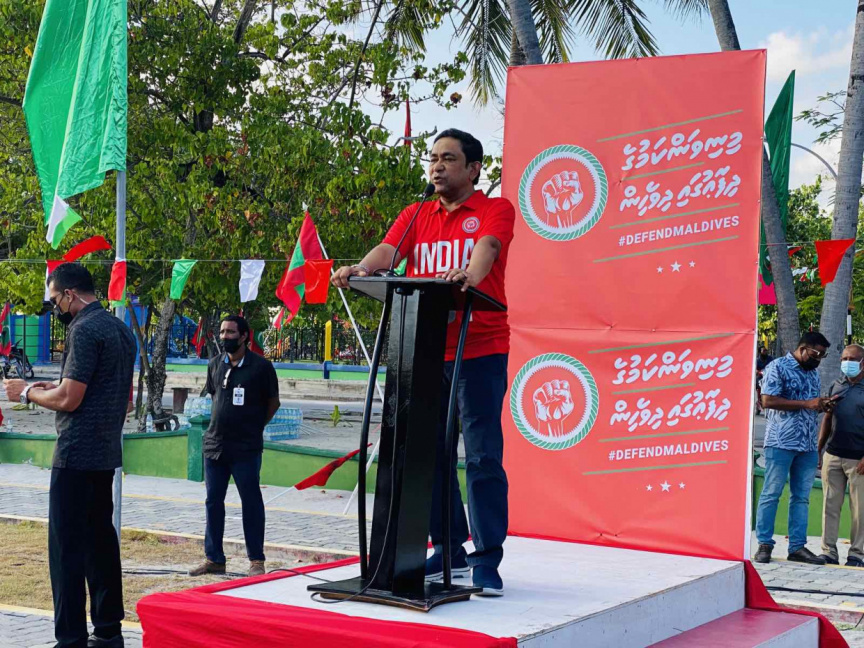 Opposition leader, former President Abdulla Yameen Abdul Gayyoom has stated that if the upcoming Sh. Komandoo parliamentary seat by-election scheduled to be held on February 5, is not influenced, those currently in power will be sent home.

Yameen made the statement at a rally held in Sh. Funadhoo today, in his ongoing trip to the atoll as part of PPM’s campaign for Komandoo by-election.

Speaking further, Yameen said MDP will not be able to win this election should all political leaders come together, to one stone.

“Should all political leaders in the Maldives come together to one stone, the ruling MDP’s leaders do not have that capability. They do not have that sincerity. There is not respective the people’s views. That is why Maldives is in the current state it is in today,” he had said.

Noting that the situation the Maldives is currently in is not due to a food shortage or a health crisis – Yameen said it is not impossible to recover from the COVID-19 pandemic.

“The government is doing everything they have to do. All the money is distributed to their friends. All institutions have been stripped of their power. The institutions are paralyzed. Numbed. No institute can investigate the unconstitutional acts of this government,” he had said.

“This is not the Maldives, Maldivians wish for. This is not ‘Aneh Dhivehi Raajje’ either.  What we want is our Maldives. Our land,” he had said, whilst wearing t-shirt which read ‘India Out'.

"Male' area not congested, can do further relocations"