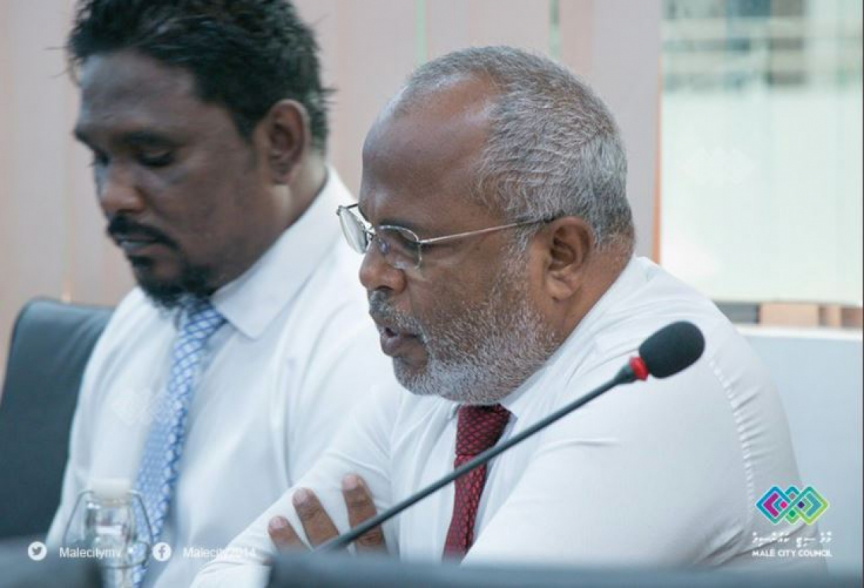 Ahmed Zameer, an MDP politician elected to Male’ City Council, says the residents of Machangolhi district wish for the plot of land where the Jamaluddin School was previously located to be developed as a public park, instead of being used to relocate Arabiyya School.

In a city council meeting on Wednesday, Zameer said that the Decentralization Act dictates that land must be used in accordance with the wishes of the public.

Zameer said that he received multiple complaints of congestion and lack of public space in Central Machangolhi during a meeting with residents of the district.

“So, [they want] to develop a park there. And it is also the city council’s thinking to build a basement for parking and a park above,” he said.

Zameer said that relocation of a school in Male’ City requires consideration of changes to traffic flow.

He said that the Nikagas Magu, where the plot is located, is already prone to traffic jams due to neighboring Jamaluddin School.

“That’s the only road in the area where the traffic can move from south to north – to Majeedhee Magu. With that being the case, once the school bus service starts in Male’ in the future, I believe both the city council and the government would want to relocate schools to areas accessible to buses and to larger roads.

The Arabiyya School was built in 2011 and opened in 2013. While the building isn’t old, large cracks have formed in the walls, prompting questions over the structural integrity of the building and fear over safety of students.

President Ibrahim Mohamed Solih made the decision to allot the old Jamaluddin land to construct a new building for Arabiyya School back in December. Meanwhile, the Sawmill Building, where the Foreign Ministry was previously located, is being prepared as a temporary school building for the students.

Education Ministry has stated that authorities were working to prepare the building in time for the beginning of the second school term next week.