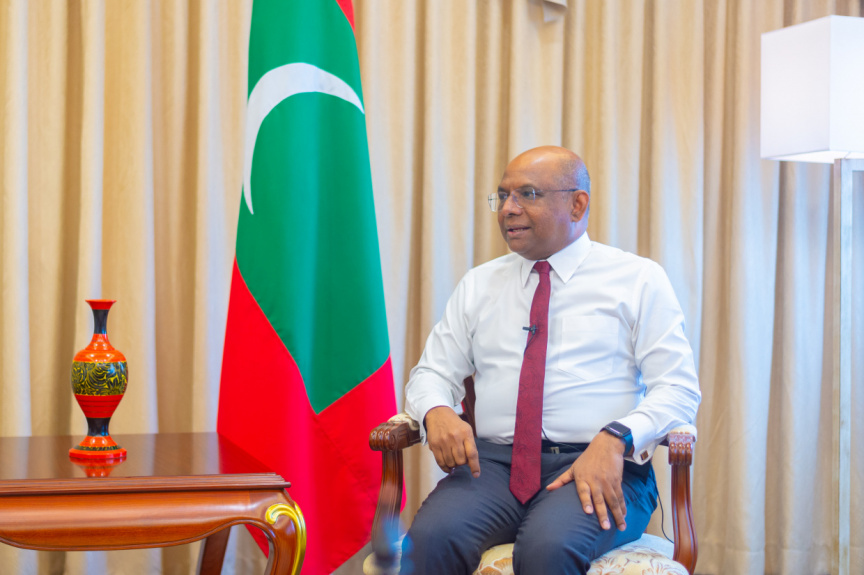 Maldivian Foreign Minister, President of the 76th Session of the United Nations General Assembly Abdulla Shahid has given a legal response to the claims that he cannot undertake the two posts at the same time.

Speaking at Sun’s ’50 Minute’ program, Shahid noted that only a few people complains regarding the two posts – adding they are individuals making complaints as they have nothing else to say about the foreign policy of Maldives and the government’s policies.

He went on to state that in responding to the complaints, what is penned down in the constitution is more important than personal views. In this regard, he detailed he was present during the time the last two constitutions in the Maldives were written and enacted – therefore is aware of what exactly is written on it.

“The constitution, in very clear words, states that two jobs cannot be undertaken. As I believe, at the United Nations, I am not undertaking a job. I am just a person with stature. I was elected as the President of the United Nations General Assembly because I am the Maldivian Foreign Minister,” he had said.

Speaking further, Shahid noted that he is not given a salary for his undertaking as the President of the United Nationals General Assembly – adding that the income he receives is from the salary received as the Maldivian Foreign Minister.

In addition to this, Shahid also stressed that he is not the first individual to become the President of the United Nations General Assembly whilst also being the Foreign Minister of the respective nation.

Senior officials from the opposition coalition and renowned lawyer, former Vice President Dr. Mohamed Jameel Ahmed has criticized Shahid, as he fills the two posts at the same time.

At a rally held by the opposition coalition, Jameel said that a person who is serving as a minister cannot undertake any other jobs. Therefore, he added Shahid is serving as the President of the United Nations General Assembly in violation of the Maldivian constitution.