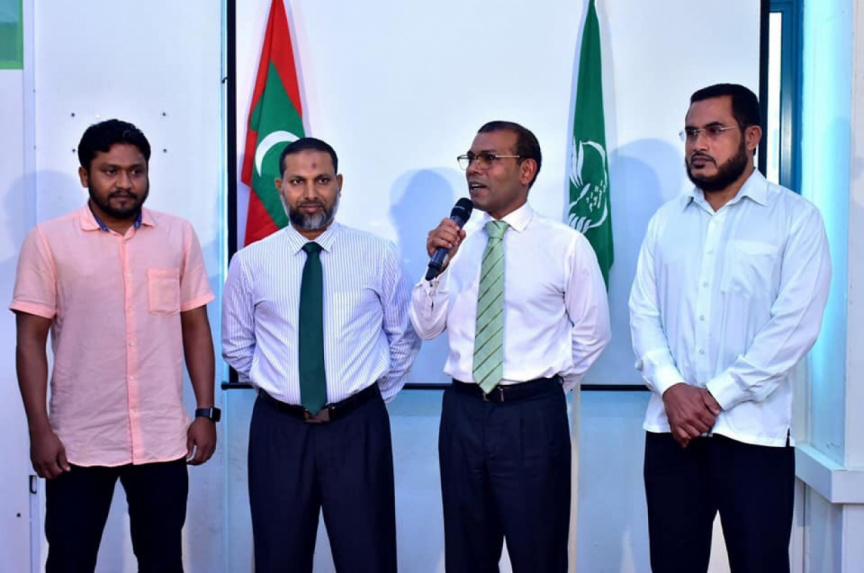 Elections Commission has decided to release state funds to four political parties with membership of 10,000, including Adhaalath Party (AP).

The law requires for one percent of the annual state budget to be released to political parties with over 10,000 members as funding. The funds are allocated based on membership numbers.

The Parliament passed an annual state budget of MVR 36.9 billion for this year.

The law dictates that the funds must be allocated based on membership as of December 31.

Elections Commission’s Secretary-General Hassan Zakariyya told Sun on Tuesday afternoon that the commission is working on compiling the register people who applied to join political parties by end of December last year.

The allocation of funds to individual parties will be announced once the forms are processed, he said.

Hassan Zakariyya said political parties will be released funds as soon as the process is complete.

“The law dictates that the funds must be released within the first three months of the year. It will be done during the mandated period,” he said.

New political party, Maldives National Party (MNP) had also announced it had recruited 10,000 members. However, Elections Commission's records show the party has yet to reach the 10,000-member mark.