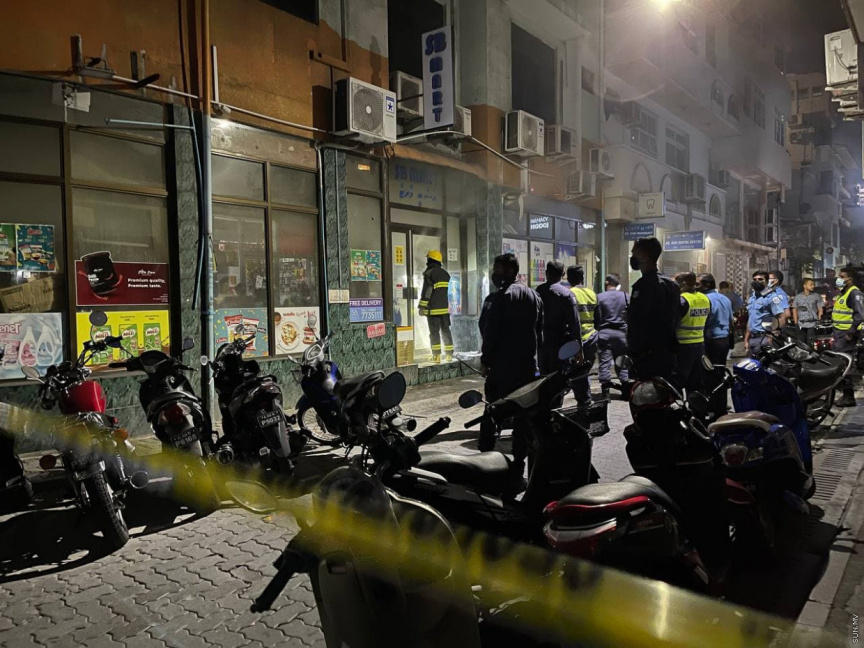 Authorities were on the scene at the fire incident that took place in Male' on December 25. (Sun Photo)

A fire incident occurred in a shop located at Buruzumagu in Male’ during the early hours of Saturday.

According to the authorities, the incident occurred at 1:30 am in a shop called SB Mart.

A reporter of ‘Sun’ who was present in the area at the time stated that the fire was put out by Maldives National Defense Force’s (MNDF) Fire and Rescue.

“By the time we saw, a large part of the shop had caught fire, and people on the road and Police came and moved all the cycle’s nearby.”

He noted that when Fire and Rescue arrived, the shop located on the ground floor of a three-story building was locked. The authorities had to break the glass on the walls in order to get inside.

Although the fire was put out, the full extent of damage had not been fully evaluated.