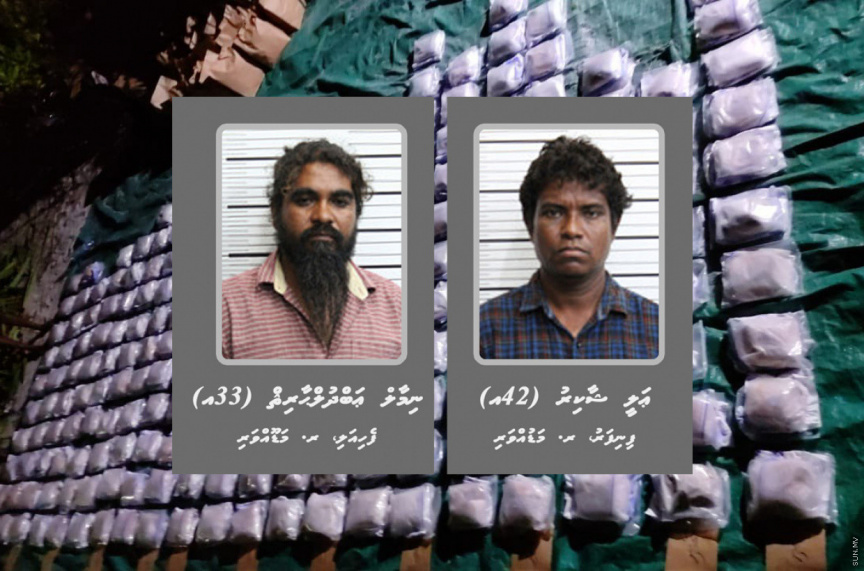 The two suspects arrested in a counter-narcotics operation in October which saw the seizure of 215 kilograms of drugs has been charged. They are both facing life sentences if the charges are proven.

The two suspects arrested in the case are:

Prosecutor General’s Office (PGO) has charged both Shakir and Nimal with diamorphine trafficking. Shakir is also charged with refusal to give a urinal sample.

Cases against both of them have been filed at R. Madduvari Magistrate Court by PGO.

Criminal Court has previously ordered the two individuals to be remanded in jail pending outcome of the trial.

The court ordered for them to jail pending the outcome of trial, citing sufficient evidence against them.

They are currently being held in a custodial jail and will be transferred to a remand jail once the police finish their investigation.