Fire breaks out at vacant house in Miladhoo; arson suspected 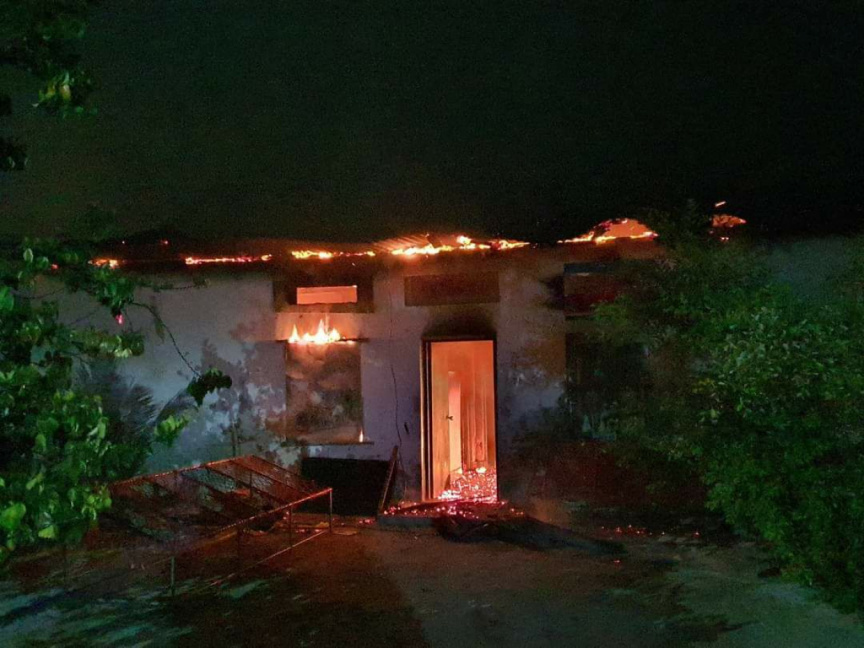 A fire broke out at a vacant house at N. Miladhoo in the early hours of this morning – burning it down beyond use.

Miladhoo Council President Abdul Majeedh Mohamed told Sun that that fire broke out at around 1:45am at a house named ‘Musthareege’.

“The occupants of the house are currently at Male’, on a trip. No one was living at the house,” he added.

Majeedh said that the occupants had traveled to Male’ City some time last week.

Noting that the exact cause of the fire in Musthareege which is usually occupied by 7 to 8 people has not been identified yet – Majeedh said that it is suspected that this was an arson.

He also said that he is unable to specify the cost of damages caused by the fire at the moment.

“Basically, nothing inside that house can be used anymore. The whole place is burnt. Even the walls,” he had said.

Majeedh said that the fire at Musthareege which comprises of two rooms, a sitting room and a kitchen, was controlled by the Fire and Rescue Team of Sonvea Jani Resort at around 4:30am. The team arrived at Miladhoo at around 3:45am.

“The fire was controlled by Soneva Jani’s Fire and Rescue. We thank Soneva Jani a lot,” he had said.

Speaking on the matter, Maldives Police Service said that they were informed of such a case at around 1:45am in the morning – following which the case is now under investigation.