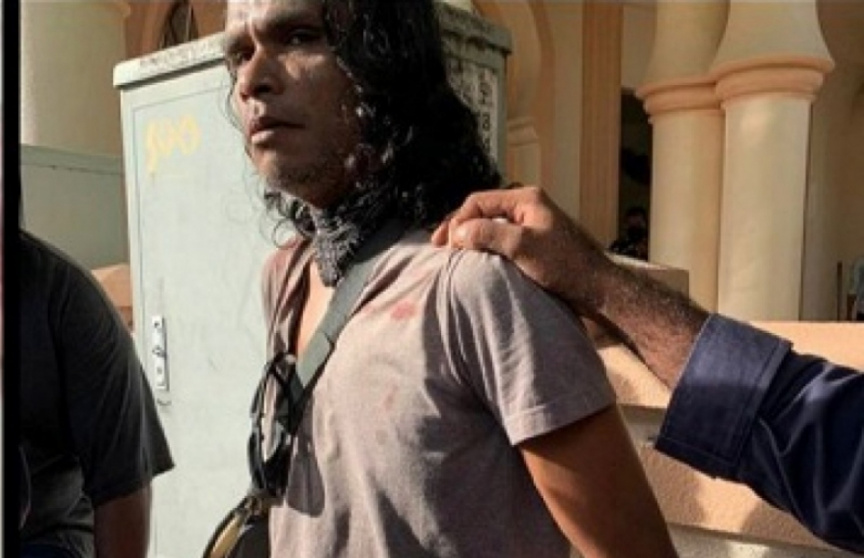 Criminal Court has sentenced Hassan Ziyad, 40, M. Shady Home, Male’ City, who urinated inside two mosques and in front of the President’s Office to 1 month and 19 days in jail.

Charges were pressed against Ziyad on November 24, which is two counts of committing an act that disturbs public order.

The Prosecutor General’s Office said that Ziyad had pled guilty to both charges during a hearing held on November 24.

He was arrested by the Police on October 4 – and was remanded in custody for 10 days by the Criminal Court on October 13. Following the conclusion of the investigation into the urinating incidents, Ziyad was released from custody on October 25 – after the Police had requested that he be charged on October 24.

On November 7, Ziyad had spitted on a holy Quran book at Masjid al-Ibrahim – following which he was rearrested by the Police. Ziyad has been charged regarding this incident as well. However, he is yet to be sentenced regarding the crime.

As per the Penal Code, Ziyad faced a jail sentence of 2 months and 12 days regarding the two counts of committing an act that disturbs public order. However, the duration he had spent in custody during the investigation stage, would have to be omitted from this. As Ziyad had already spent 23 days in custody, he would only have to serve 1 month and 19 days.