Minister Naseem: Doors opened for corruption in health sector have been shut 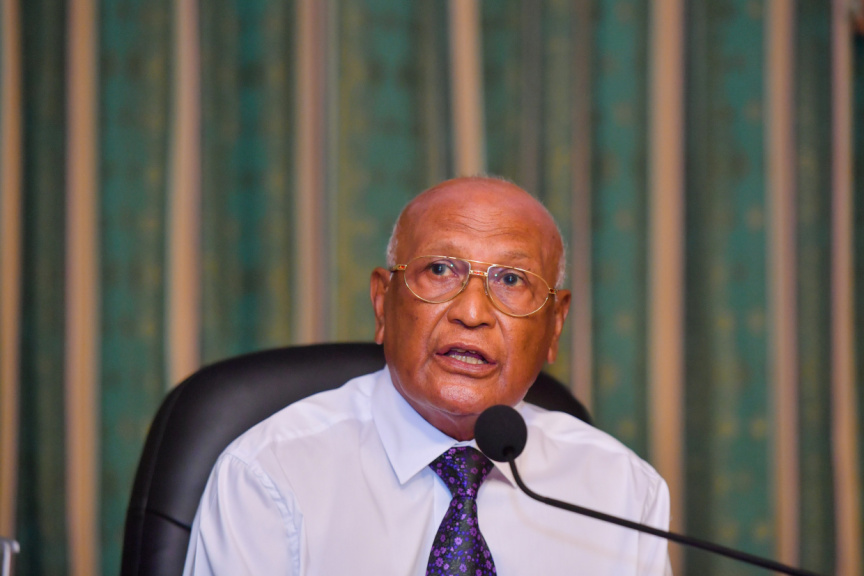 Health Minister Ahmed Naseem has stated that the doors which were opened for corruption in the health sector have been shut by him after he had assumed office.

In a special interview given to PSM on the occasion of the third anniversary of the incumbent administration – Minister Naseem said that when he assumed office, corruption in the health sector was a heated issue.

Therefore, he said that his priority after assuming office was to fix this issue.

“Even now, the issue is talked about. Nevertheless, what I want to assure is that the doors which had been opened for corruption, that I know of, have been closed by me,” he had said.

Minister Naseem said that new corruption cases which surface in the health sector will be thoroughly investigated, and that action will be taken against those necessary over such cases. On this note, he said that one concerning issue that has been noticed is the relationship between some companies and the Health Ministry.

He further detailed that the issue has also been investigated, and that the root cause of the problem has been identified – which is low efficiency, or the slow speed at which services are provided.

“Lower efficiency opens doors for corruption. That is why institutes need to be made more efficient. Their operations should be made better,” he explained.

Minister Naseem said that a research has been done by the Health Ministry in order to improve such matters – adding that action is being taken to improve efficiency in light of the findings of the research.

Speaking further, Minister Naseem said that Health Ministry’s goal is to improve their efficiency, and eradicate doors for corruption completely.

“Because it is such a big sector, we have to look at a lot of areas. There are approximately 80,000 or 90,000 civil servants amongst us. Moreover, there are so many political appointees too,” he had said.

Minister Naseem said that despite a large number of employees, he believed that the Ministry can be made corruption-free by improving its efficiently through strengthening the relationship between the employees.

Whilst the incumbent government celebrates its third anniversary – the biggest corruption scandal which surfaced during these years was within the Health Ministry, during the COVID-19 pandemic.

Former Health Minister Abdulla Ameen and several senior officials from the Health Ministry were fired from their posts after the ventilation procurement corruption case surfaced.

Naseem conferred Order of Dignified Rule of the Muleege