Vilimale’ Hospital’s state brought to the attention of Health Minister 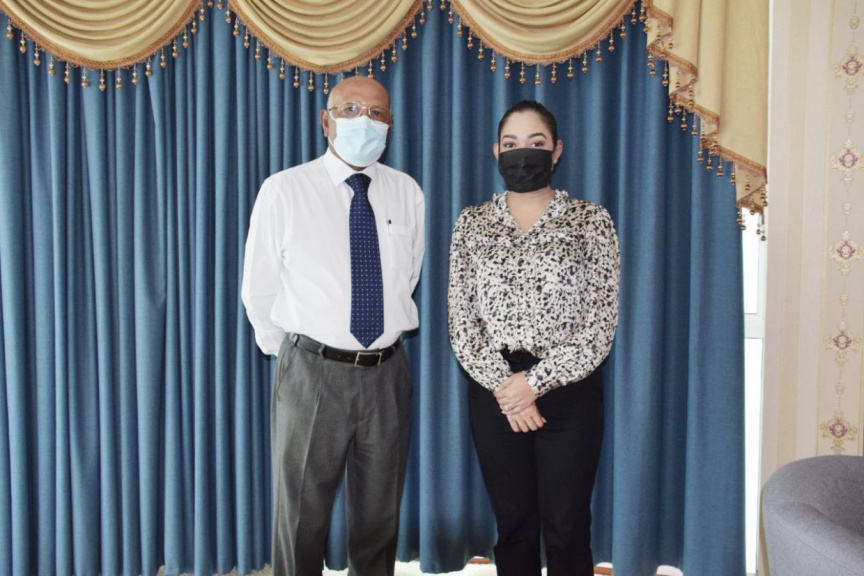 The state of Vilimale’ Hospital has been brought to the attention of Health Minister Ahmed Naseem by Vilimale’ constituency councilor, Nahula Ali.

The state of the hospital was discussed with Minister Naseem during a meeting held today.

At this meeting, Councilor Nahula stressed that although Vilimale’ Hospital is a hospital by name, it is in reality a health center. She also added nothing else is done for patients who go to consult at the hospital other than prescribing them Panadol, no matter for what reason they go.

Additional matters which Councilor Nahula brought to the attention of Minister Naseem included the lack of doctors and the difficulties faced by the elderly, special needs, pregnant and ill people who visit the hospital for doctor consultations.

“Vilimale’ has a population of approximately 15,000 people. I relay to the Minister that it is a huge request of Vilimale’ residents that they have access to quality healthcare at their own soil, without having to cross the sea to come to Male’,”

After listening to the concerns shared by Councilor Nahula, Minister Naseem said that we will personally visit Vilimale’ Hospital to inspect its state.

Foreigner rescued from drowning at Vilimale’