MP Nazim calls for reduction in spending on political appointees 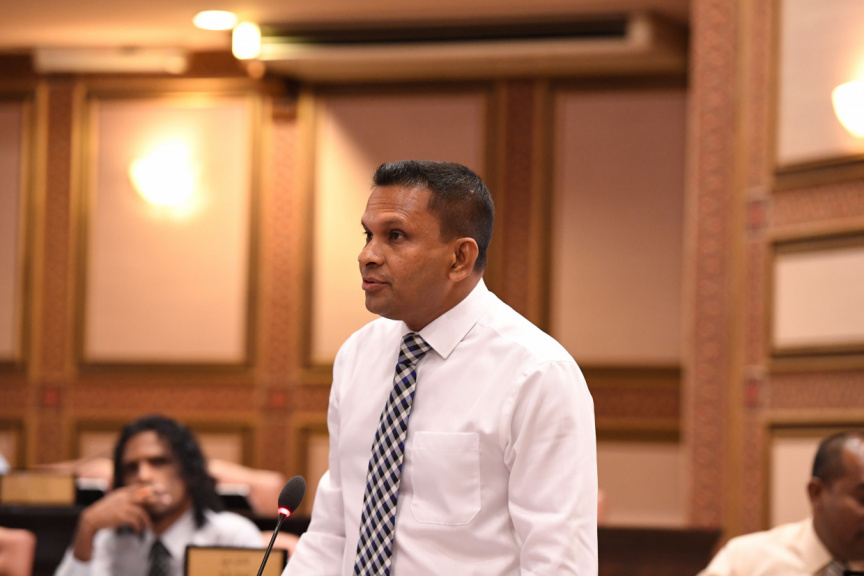 The Maldives National Party (MNP) leader made the comment during the debate on the 2022 state budget at the Parliament on Monday morning.

Nazim said that he had multiple concerns regarding the 2022 state budget proposed by the government.

He said that though the government proposes big annual budgets, the expenditure is far greater than income, leading to failure to implement the budget and start planned projects.

He said that the Maldivian economy collapses every time the two sectors suffer a shock.

“We experienced this very well during the COVID-19 pandemic. We experienced how the blow to one of Maldives’ most important sectors – the tourism sector – led to the slowdown in Maldives’ economic growth and pushed us closer to debt,” he said.

Nazim said that the government needs to reduce its expenditure, and that a key contributor to the rise in expenditure was the high number of political appointments.

“We therefore need to reduce spending on political positions, and increase spending elsewhere,” he said.

He also expressed concern over plans to sell shares from state-owned enterprises in order to raise income.