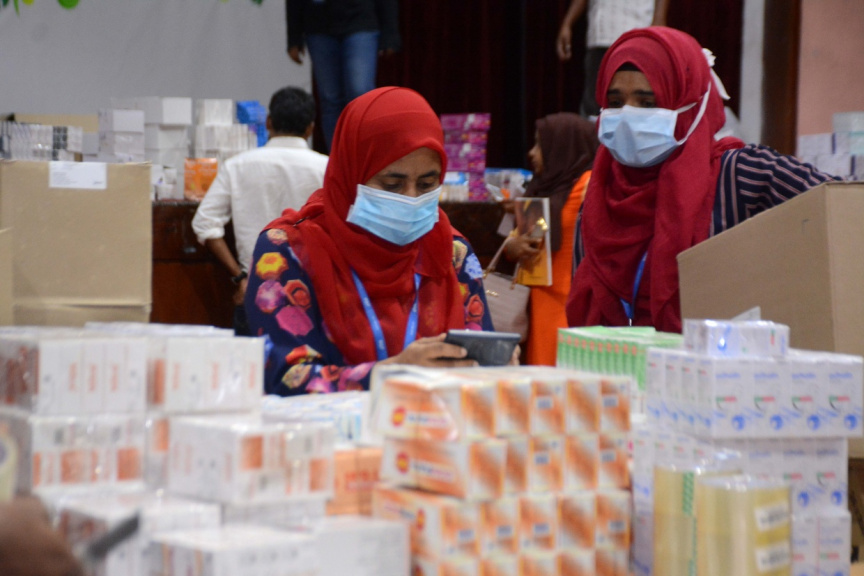 Pharmacists issue drugs at a pharmacy in Maldives. (File Photo/Sun)

Maldives’ Health Ministry has announced that starting January next year, pharmacies can only charge up to 100 percent markup on retail price of essential medicine.

Health Ministry said in a statement on Sunday that the decision was made in accordance with the Health Services Act, which stipulates the establishment of a Maximum Retail Price (MRP) on prescription drugs.

The ministry said that it has therefore set a 100 percent markup limit on retail price, and will enforce the MRP on all essential medicine imported and sold in Maldives starting January.

Health Ministry said that the MRP will be expanded to all medicine imported and sold in Maldives in the middle of next year.

The ministry said it will release a list of all essential medicine before January so importers, retailers and the general public can prepare for the change.

The statement comes after Finance Minister Ibrahim Ameer announced the decision to enforce an MRP on prescription drugs in Maldives.

He said that the decision was made in order to reduce waste of taxpayer money, and reduce spending by the state as well as private citizens on healthcare services.

Fishermen: Give hope with action, not words