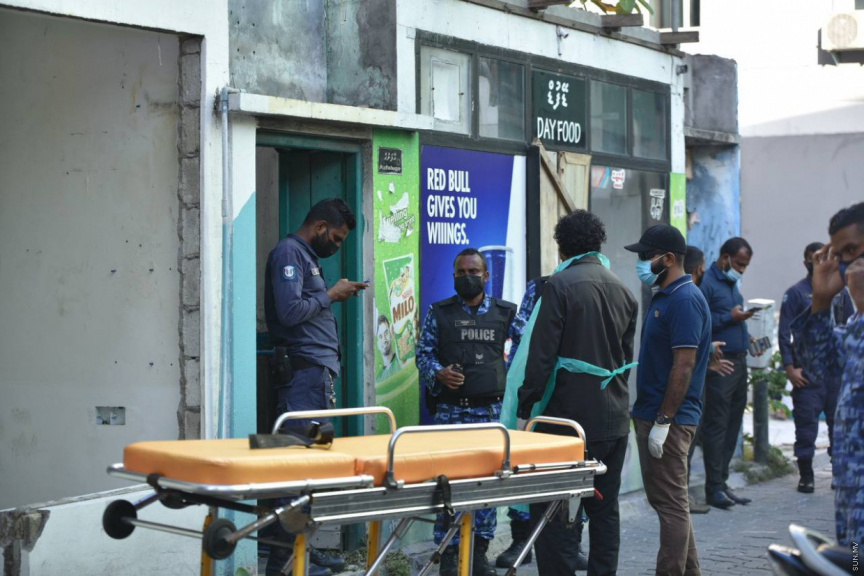 A decomposed human body has been found in an uninhabited house in Male’ City.

A Police Spokesperson said that officers were dispatched to the location at around 15:42pm – after a report regarding a foul smell emitting from an uninhabited house in Mahchangolhi was made to them.

The Spokesperson further detailed that officers discovered the dead body of a man during their search of the house.

Sun has been informed that the body discovered was of a 37-year-old man, and that his body was found on the first floor of Ma. Aafaluge.

Witnesses who were at the scene reported that Police had to force the lock at the main door in order to enter the house.

Corpse washes up the shore of H. Dh. Naivaadhoo