Worker, accused of theft, is attacked by fellow migrants 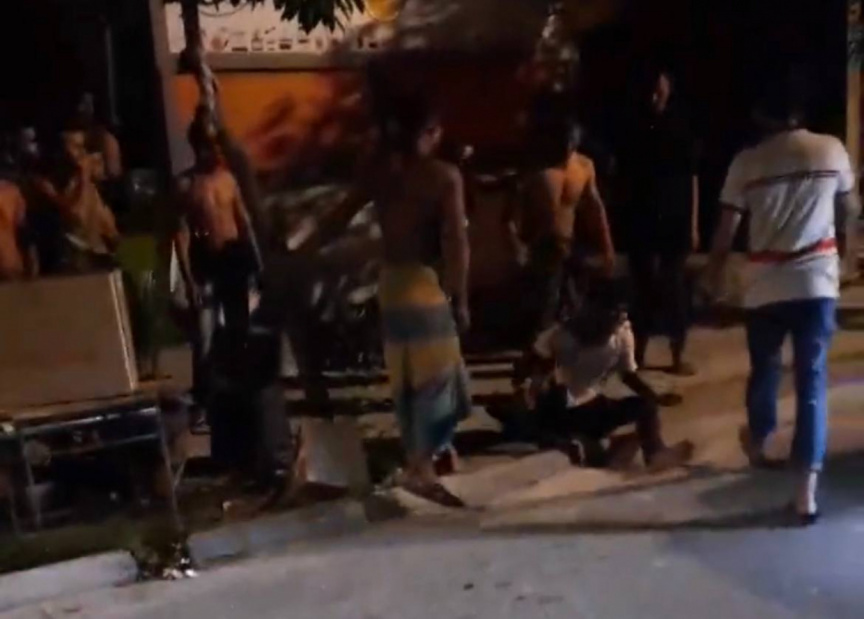 Screen grab from video of a migrant worker being attacked by a group of fellow migrant workers in Hulhumale' on November 8, 2021.

A police spokesperson said that an incident involving a migrant worker who was attacked and beaten by a group of migrant workers upon entering a labor quarter in Hulhumale’ was reported to police on Monday night.

Police confirm they are investigating the case, but have yet to make an arrest.

A video of the incident has gone viral on social media.

It shows a group of men tear at the victim’s clothes, throw him on the ground, and repeatedly kick him.

The video shows at least six men were involved in the attack. It also shows some of the migrant workers at the scene attempt to intervene to stop the attack.

When asked by a bystander for the reason for the attack, one of the migrant workers is captured in the video claiming that the victim stole a phone.

The victim, meanwhile, is seen crying and pleading the attackers to stop.

The attack was eventually stopped by a group of Maldivian youth who intervened.

The video also shows the police arrive at the scene.