Minister: Economy not strong enough to give minimum wage to expatriates 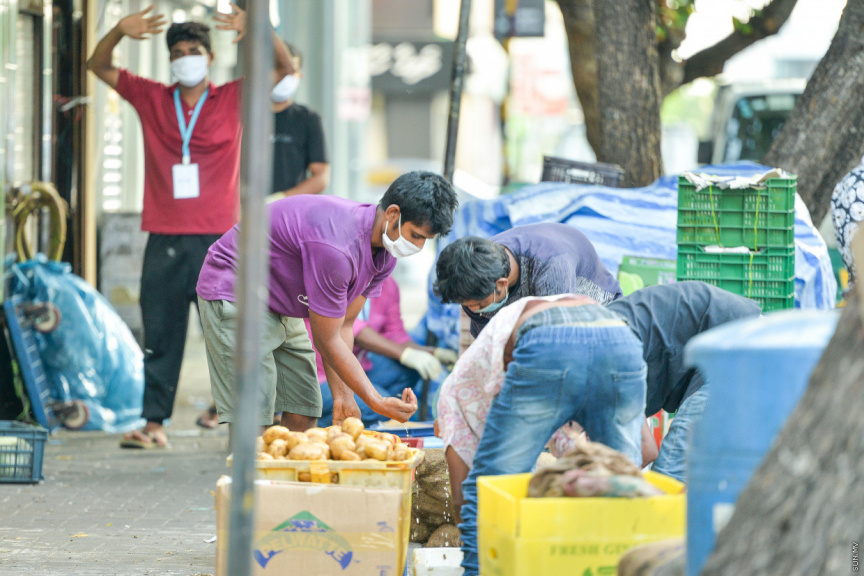 Migrant workers sort through produce at the market district of Male' City on May 12, 2020. (Sun Photo/Fayaz Moosa)

Economic Minister Fayyaz Ismail said on Monday that the Maldivian economy is not strong enough to give minimum wage to expatriate workers.

He made the remark in response to a question by a reporter at a press conference on Monday morning after he signed the minimum wage declaration.

“They are paid USD 90 in Bangladesh, but are paid approximately USD 180, USD 200 or USD 250 here. Because they are paid a higher wage than the minimum wage, regardless of what the working conditions may be,” he said.

Fayyaz said the situation in Maldives and Bangladesh is vastly different in terms of logistics and import-export.

He said that the cost of living in Bangladesh is far lower than in Maldives.

“Given numerous such factors, and given the nearly USD 490 million going out of our economy as remittance even now, there will be approximately USD 250-300 million more going out with this [if expatriate workers are given minimum wage],” he said.

Fayyaz said that the Maldivian economy is simply not strong enough at present to give minimum wage to expatriate workers.

Maldives has a population of close to 150,000 expatriate workers. Maldives Immigration’s records place the number of undocumented expatriate workers in the country at 62,000. However, the actual figure is believed to be within the range of 80,000 to 100,000.

Most of the expatriate workers in Maldives are Bangladeshis – most of them laborers who live in cramped communal quarters.

Fayyaz: You cannot run a separate movement within MDP

Maldives to roll out unemployment allowance in 2022