Maldives to roll out unemployment allowance in 2022 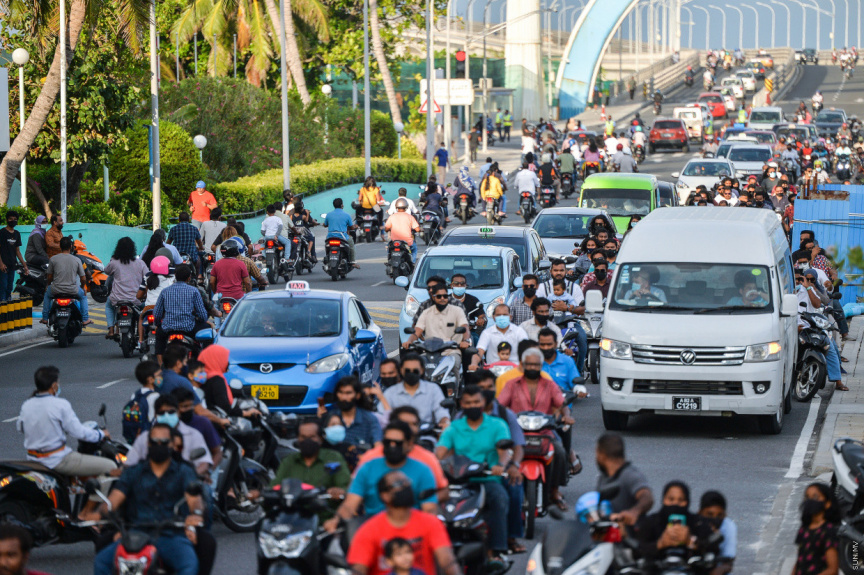 People wear masks as they drive along a road in Male' City. (Sun Photo/Fayaz Moosa)

Speaking at the ceremony on Monday morning to declare minimum wage, Fayyaz said that the government, with funding from the World Bank, spent over MVR 450 million to assist employees who lost their jobs or whose income was affected during the COVID-19 pandemic by providing income support allowance.

Fayyaz said that income support allowance proved a huge help in getting out of the ditch the Maldivian economy fell into.

He said that in light of the experience gained during the COVID-19 pandemic, the government, with assistance from the World Bank, was preparing to introduce unemployment allowance.

Fayyaz said the government hopes to launch a pilot unemployment allowance program in mid-2022, and eventually expand the program based on feedback.

He did not provide further details regarding the scheme.

Research conducted by National Bureau of Statistics show over 10,000 people are unemployed in Maldives.

Introducing an unemployment allowance was one of President Ibrahim Mohamed Solih’s electoral pledges.

'Budget needs to be revised to MVR 25 billion'